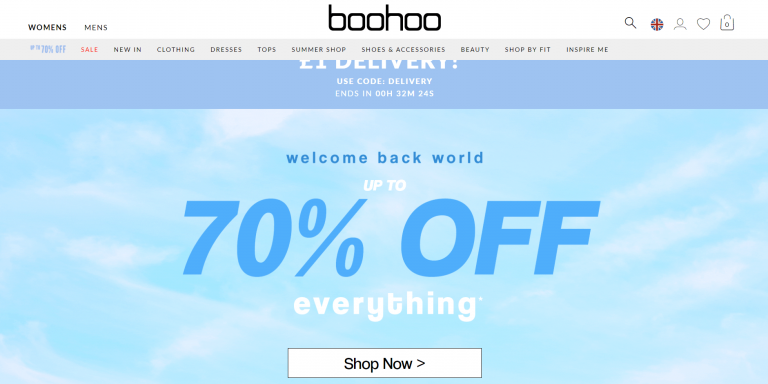 Boohoo share price is down by more than 10% today as traders reflected on the new developments in the company. The company’s shares are trading at 240p, which is significantly worse than Friday’s high of 308p but better than the intraday low of 226p. Investors are also reacting to Goldman Sachs new call on the company.

In a note on Thursday, analysts at the bank downgraded their target for the shares from 500p to 345p, which implies that the stock has 100 points (40%) more to gain.

Why Boohoo shares have become so volatile

Boohoo stock price is showing some of its biggest amount of volatility. Indeed, the Average True Range, which is an excellent measure of volatility, has risen to an all-time high. Even without the ATR, the chart is showing this volatility. For example, in about a week, the shares have dropped from 400p to a low of 196p and back to 241p.

As we wrote last week, the problems are mostly because of reports of poor working conditions in some of its factories in Leicester. The report was made by The Sunday Times. In response, the company formed an independent enquiry to investigate the claims. However, early reports by several watchdogs did not find any evidence of “slavery.”.

In a report last week, we wrote that these claims will likely not affect the company’s performance. For one, customers already know about the working conditions of apparel companies. Obviously, since most clothes sold by Boohoo sell for less than £20, it is illogical to assume that the workers making those clothes earn more than £10 per hour. If they did, the business model of all fast fashion brands would not work. According to the FT:

Still, Boohoo has some solutions. For one, it can move some of its apparel solutions out of the UK to less affluent countries in Asia. Most companies do that.

Boohoo stock price is trading below the 50-day and 100-day EMAs. The 50-day EMA is at 345p, the target set by Goldman Sachs. Also, the ATR has moved to the highest level in history. It is also along the 61.8% Fibonacci retracement level.

Therefore, while I remain bullish on the stock, I expect a lot of volatility as new events unfold. As such, the key levels to watch will be last week’s low of 196p and Friday’s high of 310p.