USDJPY is off to a bullish start to this week’s trading after Friday’s lackluster performance. The currency pair is currently trading at 107.68, up from where it opened at 107.44. Technicals also suggest that USDJPY may have some upside potential ahead. Can it build up on its June NFP gains when the US ISM non-manufacturing PMI report is released later today?

Due at 3:00 pm GMT, the report is expected to show that the services sector finally expanded in June. The consensus is for a reading of 50.0 which is the baseline figure for expansion. A better than expected reading could push USDJPY higher, the same way that the stellar NFP report for the month topped forecasts. On the other hand, a disappointing reading could weigh down on USDJPY.

On the 4-hour time frame, it can be seen that USDJPY has completed an inverse head and shoulders pattern. This is characterized by higher lows after a series of lower lows. In fact, USDJPY looks to have broken the neckline resistance and could now be testing it for support. The area around 107.45 also coincides with the 38.2% Fib level when you draw the Fibonacci retracement tool from the low of June 22 to the high of June 30. Reversal candlesticks around 107.50 may mean that USDJPY could soon retest its July 1 highs at 108.15. If resistance at this level does not hold, the next resistance may be at 108.84 where the currency pair topped on June 5.

On the other hand, a strong bearish close below 107.32 where USDJPY bottomed on July 2 may mean that the currency pair could revisit its June 24 lows at 106.06. Should this happen, the inverse head and shoulders pattern may just be invalidated. 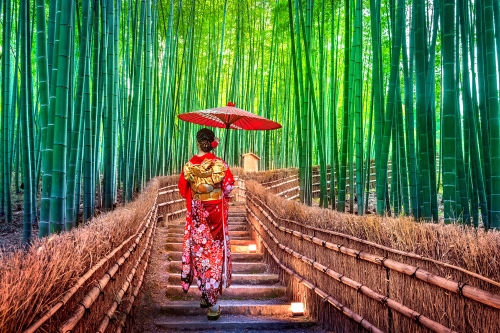 USD/JPY is Targeting 103.67 After the BOJ Decision