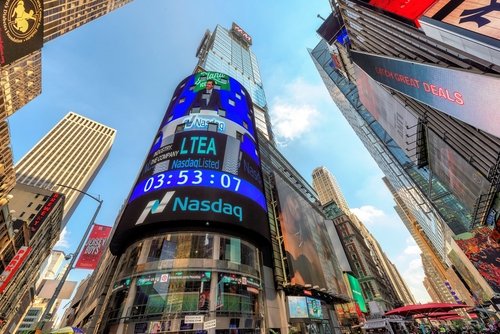 The Nasdaq 100 index is hovering near its highest level since September as Treasury yields and the US dollar index plunged. Futures tied to the index dropped to $11,875 after soaring to $12,193. It remains about 13% above the lowest level in October ahead of the upcoming interest rate decision by the Federal Reserve.

The Fed could disappoint

The focus will now be on the Federal Reserve, which will deliver its decision on Wednesday. While inflation numbers are encouraging, there is a likelihood that the Fed will disappoint the market. The Fed will clearly raise rates by 0.50%, bringing the year-to-date increases to 450 basis points. It will then hint that it will deliver several small rate hikes and then pause.

Still, the falling Treasury yields and the US dollar index hints that the Fed could attempt to disappoint the market by being more hawkish. A weak US dollar tends to spur inflation in the US, which the Fed does not want.

Some analysts expect that the Nasdaq 100 index will start to underperform value. They argue that the recent rally could be part of a short squeeze, which will fizzle away of Christmas. In their report, analysts at ING warned that investors were getting ahead of the Fed, which tends to end badly for the market.

In another report, which you can see below, an analyst at Fundstrat said that growth companies could soon lag value if bond yields start moving higher. If this happens, the tech-heavy Nasdaq 100 index will likely underperform.

Supporting the Nasdaq index is the fear and greed index, which has moved to the greed zone of 62. A higher figure usually points to momentum in the sector.

Turning to the 4H chart, we see that the Nasdaq index is sending mixed signals ahead of the Fed. It made a fake breakout on Tuesday and then formed a bearish engulfing pattern. Also, it has moved slightly above the 25-day and 50-day moving averages while the Nasdaq 100 index has moved above the neutral point.

The index also seems like it has formed a triple-top pattern. Therefore, I suspect that the index will continue soaring as buyers target the key resistance level at $13,000 as the Santa Rally sets in. A drop below $11,654 will invalidate the bullish view.