31 mins ago
Novavax (NVAX) 20% Higher As it Starts Phase 1 Coronavirus Vaccine
2 hours ago
GBPUSD Breaks Above 1.23 And Regains The Positive Momentum
2 hours ago
USDZAR at 8-week high as South African rand stages an impressive comeback
3 hours ago
DXY: here’s why the US dollar index is being crashed today
3 hours ago
Brent Crude Oil Price Resumes Upward Move As Oil Supply Drops

The price of the Brent crude benchmark is up by 8.91% on the day, which has allowed crude oil price to hit $30.46. This is the first time in three weeks that price has hit this level. The rally in crude oil also follows the risk-on sentiment that has propped up global stock and commodity markets since the week began.

Crude oil price on the daily chart of the Brent benchmark continues its ascent after breaking above the falling wedge pattern displayed on the chart (in purple ink). The breach of the 28.38 resistance level has allowed prices to aim for the next upside target at 31.69.

However, today’s violation of the 28.38 resistance, where a former cluster of lows seen between 18-30 March are found, has to be confirmed by either a 3% penetration close above this level, or two daily candles closing successively above that level. If this plays out, then a run towards 31.69 can be sustained. Further targets at 35.61 (prior highs of 13 March, 2 April and 9 April) as well as 38.56 (11 March high) will depend on a successful breakout that takes crude oil
prices above 31.69.

On the flip side, a rejection of price at 31,69 allows for a retest of the 28.38 price level, which would now be acting as a support. Further downside targets at 24.68 and 22.35 remain viable support levels.

The production cuts by the OPEC+ alliance took effect on May 1 and seem to be having a short-term bullish effect on crude oil price. However, only a true recovery of demand and decongestion of the loaded storage facilities can create any advance of note beyond $40. 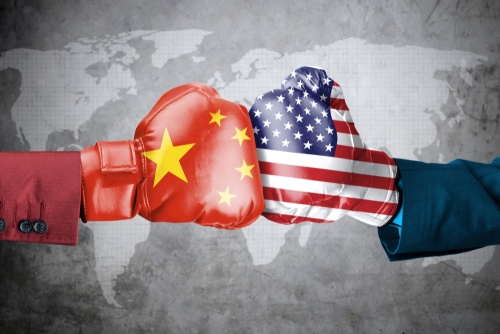