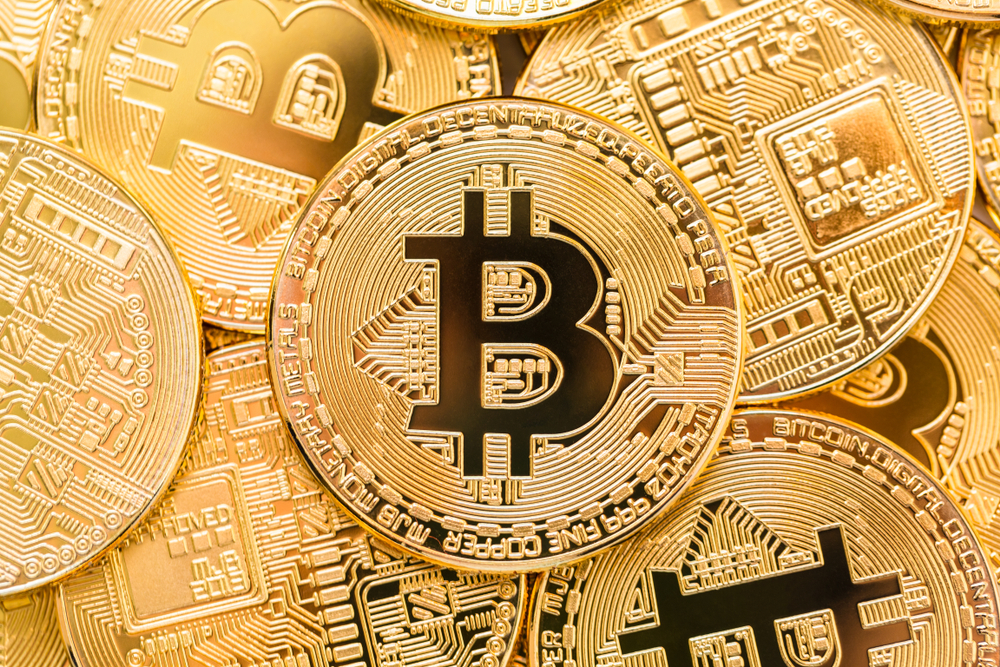 The cryptocurrency market suffered several setbacks over the last month, forcing the Bitcoin price to its worst four-week performance since May. At the time of writing, Bitcoin (BTC) is trading at $43,000, -8% month-to-date and 20% below September’s high.

September started brightly for Bitcoin. On the 6th, BTC reached a four-month high of $52,900, lifting its market cap to $990 Billion. However, on the 7th, global markets reacted lower following Chinese property developer, Evergrande’s failure to meet its debt obligations. US stock indices suffered their biggest one-day rout since October 2020, and the risk aversion caused Bitcoin to shed $10,000 (19%) before finishing the day 11% lower at $47,000. By the 19th, BTC recovered to $48,800 before another China-centric headline triggered a second wave of liquidations.

On Friday, the 20th, the Peoples Bank of China’s website flashed a reminder that all crypto-related activities are illegal in the country. As a result, Binance and Huobi exchanges immediately withdrew support for mainland Chinese customers, and Bitcoin succumbed to heavy selling. BTC dropped $4,300, ending the day 9% lower. The selling accelerated on Saturday, and Bitcoin hit a six-week low of $39,600. However, BTC has absorbed the negative development relatively well and encouragingly shows signs of stability.

The Bitcoin price is currently in neutral territory, sitting at the mid-point between the long-term support at around $30,000 and the band of resistance approaching May’s $65,000 all-time high. Encouragingly, despite the slew of negative press, BTC continues to hold the $40,000 threshold and sees good support at the June high of $41,300.

The weekly price chart shows BTC is trading marginally above its 20-week moving average of $40,646 with a neutral Relative Strength Index (RSI) reading of 50. Additionally, the price is centrally situated within the Bollinger Bands, reinforcing the neutral stance. The Bollinger bands measure volatility and have been a highly effective judge of price tops and bottoms. When the price moves outside of the band’s parameters (2.0 standard deviations), it indicates an overshoot and predicts a reversion to the mean. The lower band is currently visible at $28.600, aligning with June’s $28,800 low to create a robust support level. Above the market, the upper band at $52,700 links with the September high of $52,900 to provide substantial resistance.

When used in conjunction with the Puel multiple, the Bollinger bands are incredibly potent. The Puel Multiple divides the daily USD value of coin issuance by its 365-day moving average. The metric measures Bitcoin mining profitability and is used by traders to determine the amount of sell pressure in the market coming from miners. Typically, high price environments increase miner revenue, encouraging them to sell BTC and lock in profits, as seen in 2017 when the Puel Multiple flashed a sell signal. However, miners are less inclined to sell their holdings when the Bitcoin price falls, reducing sell pressure, which is bullish for the price.

Another study that has attracted widespread interest is the stock-to-flow model (S2F). The model takes into account Bitcoin’s current supply and future scarcity to provide a forward price prediction. As block rewards halve every four years, BTC supply decreases over time. Bitcoin creator Satoshi Nakomoto fixed the Bitcoin’s total supply at 21 million coins, of which 18.8 million are in circulation. Because of this, supply as a percentage of total circulation continually decreases. S2F uses this deflationary mechanism to generate a price forecast.

Often, the Bitcoin price deviates from the S2F forecast, which sometimes traders use to determine if BTC is relatively cheap. Presently, Bitcoin is trading a considerable discount to S2F’s $84,500 prediction for the end of September. However, it is worth noting that on previous occasions, S2F has been remarkably accurate. Furthermore, despite the deviation, S2F creator PlanB still sees the year-end $135,000 price target as intact, suggesting a 200% rally in the next three months.

Why are Bitcoin Traders So Scared?

The cryptocurrency market, like all markets, is often driven by emotion. When prices are rising, investors typically get greedy, which leads to irrational behaviour such as FOMO buying (Fear of missing out), which drives the price to unsustainable levels. Conversely, when prices fall, investors often become overly fearful and sell their coins, forcing the price to become oversold, sometimes predicting a bottom.

One way to assess investor sentiment is the fear and greed index. The index measures several factors like volatility, market momentum and social media activity to determine whether traders are greedy or fearful. Presently, the index reading of 20 suggests that crypto traders are incredibly ‘fearful’. The last time the index showed fear levels this high was in July when Bitcoin was trading at $30,000 before increasing 75% to the September high where extreme greed took over. However, the reading is still not as low as it was in June which suggests that BTCUSD might still have more to decline in the short term.

Debt Ceiling Negotiations. The biggest threat to the Bitcoin price over the next month is the ongoing debt-ceiling standoff in Washington that threatens to shut down the US government and cause a historic default. US Treasury Secretary Janet Yellen yesterday warned that unless Congress agrees to raise the debt ceiling from $28.5 trillion, come October 18th, the country will run out of money.

If Congress cannot reach a deal to suspend or raise the ceiling today, the government will shut down tomorrow. Furthermore, if an agreement isn’t made by October 18th, the United States will default on its debt obligations. Despite the chance of this happening being slim, the threat is genuine and the longer the impasse, the more skittish risk assets will become. Therefore, we see a prolonged negotiation as the immediate risk to the Bitcoin price.

Bitcoin ETF Approval. Yesterday, securities and Exchange Commission (SEC) chairman Gary Gensler reiterated his support for a Bitcoin futures ETF. The prepared statement at a Financial Times conference cited ‘significant investor protections’ as a reason for approving a Bitcoin futures-linked ETF. Gensler’s support comes when the agency is reviewing several filings for Bitcoin ETFs and futures products. Should a futures-based ETF get the green light sometime this month, it may pave the way for a vehicle with direct exposure in the future, which is undoubtedly positive. On that basis, SEC approval of a Bitcoin-linked ETF could provide a bullish catalyst in October.

Although our favoured technical indicators currently have a neutral bias, the approaching drivers could potentially swing the Bitcoin price into the long-term support or resistance channels. Firstly, if the debt ceiling negotiations drag on, Bitcoin could lose the $40,000 support and track lower towards $30,000. If BTC drops to this support level, we pay attention to the lower Bollinger band at $28,600 and the Puel Multiple for signs of a market bottom. If the indicators provide a buy signal, a debt-ceiling accord will reinforce the buying opportunity. Not to mention, approval of a Bitcoin ETF would cement the bullish view.

The second scenario is an immediate agreement to raise or suspend the debt ceiling combined with an ETF approval. In this event, the Bitcoin price is likely to break higher. Subsequently, we would look to our indicators for signs of over-exuberance and a possible market top.

On balance, as long as Congress reach an agreement, the Bitcoin price has the potential to move higher for the rest of the year. Investor sentiment is overly cautious, exchange outflows are constructive, and stock-to-flow appears to be on track. On that basis, a favourable outcome before October 18th could be the catalyst for a return to the May high.

The obvious caveat to the bullish argument is if Congress doesn’t pass a deal. In that unlikely event, financial markets would witness substantial deleveraging, and subsequently, cash would flee from risky assets such as equities and cryptocurrencies. However, considering the magnitude of a US default, our base case is an agreement before October 18th.