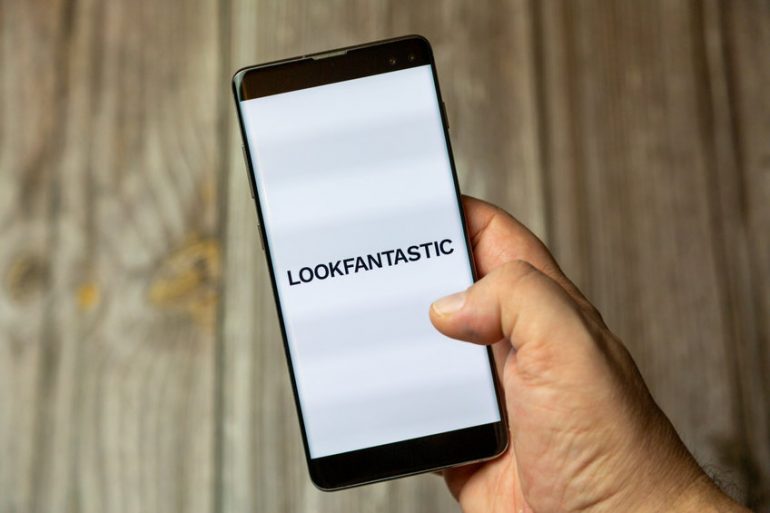 02-24-2021 Portsmouth, Hampshire, UK A mobile phone or cell phone being held by a hand with the Look fantastic app open on screen

The Hut Group share price has been in a downward in the past few months as investors worry about its business model and slowing growth. As a result, THG shares have fallen by more than 80% in the past 12 months and are currently trading at an all-time low. As a result, its total market capitalization has dropped to about 1.2 billion pounds.

The Hut Group has moved from one of the fastest-growing growing e-commerce companies in Europe to one facing existential challenges.

The company raised over 1.8 billion pounds in its Initial Public Offering (IPO) in 2020. At the time of its IPO, The Hut Group was being valued at over 7 billion pounds, making Mark Moulding a billionaire. THG was the biggest IPO in London in over five years when it went public.

However, the glamour has recently faded, and the stock has dropped from an all-time high of about 837p to the current 113p. This means that the shares have collapsed by over 86% from their all-time high. It has lagged the performance of the FTSE 100.

Why The Hut Group shares have dropped

There are several reasons why the THG share price has dropped sharply. First, investors are worried about the strength of their business.

THG makes most of its money from its fashion e-commerce brands like ESPA, Look Fantastic, and GloxyBox. However, these businesses are seeing intense competition from newer brands that are leveraging the concept of social media. Its other brands in the nutrition industry are MyProtein, MyVitamins, and MyVegan.

The Hut Group stock price has also declined because of the company’s guidance. In January, the company lost a third of its value when the management lowered its forward guidance and profit margins.

The firm said that its margins before interest, tax, depreciation and amortization would drop to 7.4% from the previous 7.7%. It attributed the weakness to the rising cost of doing business and exchange rates issues.

Third, THG is one of the most shorted stocks in London. As shown below, the short interest has been rising in the past few months. Some notable short-sellers are fund managers like AHL Partners and Voleon Capital Management.

The stock is struggling after news of an ongoing dispute with Unilever, one of its suppliers. Unilever accuses THG of offering premium brands like Dermatologica at a big discount, thus diluting its performance.

Is THG a good investment?

THG Group shares have erased more than 80% of their value in the past few years. As such, some investors believe that it is a good investment.

Besides, some analysts believe that the company could become an acquisition target by a private equity company. Recently, it was reported that some officials from Advent International had visited the office. Advent is one of the best-known PE firms that owns stakes in firms like Big Panda, Encora, and Nubank.

Other PE firms expected to place a bid are Apollo and Leonard Green. In addition, the company has selected Jefferies for advice. However, it is still too early to determine whether these buyout firms will proceed with the acquisition.

In my opinion, THG seems like a good investment currently because of the possibility of an acquisition. However, if it happens, the companies will pay a higher premium than where the stock is trading.

The daily chart shows that the THG share price has been in a strong bearish trend in the past few months. Moreover, its downward trend has continued as problems mount on the company. But a closer look shows that the shares are getting oversold. This is evidenced by key oscillators like the Relative Strength Index (RSI), Chaikin Oscillator, and the Stochastic Oscillator.