Alphabet will report the quarterly earnings after the closing bell today and will hold its earnings conference call to discuss second-quarter results at 4:30 p.m. ET. The market consensus is for $8.43 – $8.55 earnings per share. The consensus for revenues is between $30.38 and $37.3 billion. Alphabet, the parent of Google, reported the second quarter of 2019 earnings per share of $14.21 and revenue of $38.90 billion.

On the valuation front, Alphabet capitalization is at 1.039 trillion and the company has a trailing P/E ratio of 30.73. The Price to Earnings Growth ratio is at 2.66, while the price to sales ratio stands at 6.30.

Alphabet ended yesterday 1.32% higher at 1523 ahead of the earnings release later on the day. The stock keeps the bullish momentum as it still trades above the rising trend line that started since the March lows. Google share price hit record highs the previous week and started a correction that for now stalled at the 1,500 floor.

On the downside, initial resistance for Alphabet is at 1486 the low from July 24. The next strong support is at 1,462, the 50-day moving average. On the contrary, there are three levels to watch. The first hurdle is yesterday’s top at 1,533; above that, the next resistance is at 1,569. The all-time highs at 1,587 is the next supply zone. 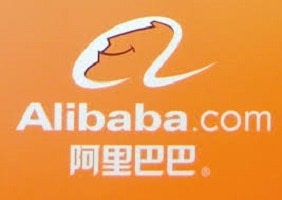