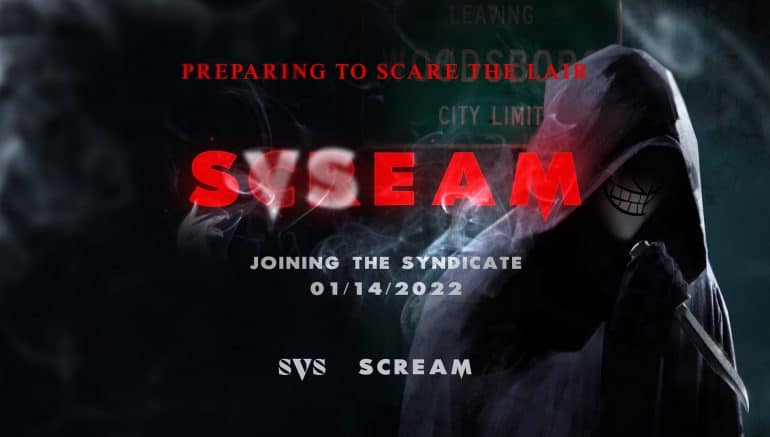 Sneaky Vampire Syndicate is a profitable independent NFT project. Just announced its new partnership with  Spyglass Media Group’s Scream and Paramount Pictures. This is the first time an NFT has collaborated with a big film release.

SVS is collaborating with the horror film to promote their newest film in the Scream franchise, which will be released on January 14 2022, bringing tangible benefits to the community. SVS team is constantly adding utility to bridge the gap between the mainstream media and the NFT space.

Starting today, December 17, the SVS will conduct an art contest for its fans, all the way to the Blood Raffle Entry Period on 4th January. The contest will motivate both the Scream and  SVS fans to post art inspired by the collaboration while using the creative asset released officially to inspire them.

Scream movies and SVS will use their social platforms to engage and interact with the participants during the contest.

The entry-level period for the Blood Raffle is from January 4 to January 10 2022. The Scream Team will be giving pairs of tickets to their early screenings for SVS holders across North America during the period.

SVS holders can enter the raffle using the $BLOOD utility token, and they could win a limited print of the creative assets released on 16th December, a pair of tickets for the advanced screening or just a free ticket to the film. When holders stake their NFTs, they receive their $BLOOD tokens daily.

Global users will receive limited print when they win, but the advanced screenings will happen only in the United States.

Advanced screening is set to happen just a few days before the worldwide release. The screening will have VIP seats reserved for the SVS holders, and winners who will make it to the screenings will receive presents containing collectibles,SVS and scream merchandise