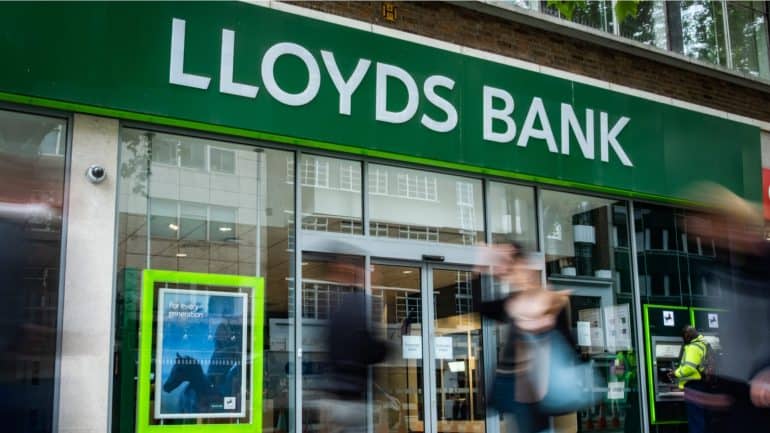 This Monday, the Lloyds share price has given up its early gains and is now down 4.45%. This intraday decline comes as investors get spooked over the escalation in the Russia-Ukraine conflict. On Sunday, Russian President Vladimir Putin put his deterrent nuclear weapons forces at the highest alert in a televised statement on Russian state TV. NATO and the EU have responded with promises of expanded military aid for Ukraine and the declaration of a no-fly zone over the EU for flights emanating from Russia.

The Lloyds share price had fallen nearly 11% on Thursday, 24 February, following Russia’s full-scale invasion of Ukraine. Fears of extended cyber-hacks hit banking stocks worldwide on that day, and the risk-off sentiment that pervaded the market also contributed to the selloff. Prices recovered on Friday, but Lloyds’ share price has lost these gains as it takes out the 47.945 support.

The intraday decline has violated the 47.945 support line. A 3% penetration close below this support confirms the breakdown and opens the door towards the 44.990 support level. 42.015 and 40.005 constitute additional targets to the south, but these only become viable if the bulls fail to defend 44.990.

On the flip side, a close above 47.945 is required to maintain the integrity of this pivot. This level could then serve as a springboard for a bounce towards 50.150, with 52.095 and 55.205 serving as additional targets to the north.