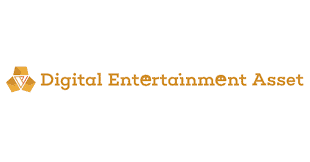 Digital Entertainment Asset Pte. Ltd. (DEA) has announced the completion of successful seed funding, which raised $12 million. The Singapore-based company attracted both institutional and individual investors. Institutional contributors included seven publicly-listed companies, JAFCO Investment Ltd, Spartan Group LLC. DEA has cut a niche as a market leader in the play-to-earn gaming segment, and the seed fund will go towards augmenting its capacity on that front. Specifically, DEA will be channeling the funds towards talent acquisition, expanding and improving the platform’s infrastructure.

DEA has set its eyes on expanding its user base in the NFT and GameFi markets, which have shown tremendous growth over the past year. As part of its upgrade program, the company intends to create new content on its PlayMining platform, enhancing its metaverse.

PlayMining is a crucial growth front for DEA and NFT market a whole. Particularly, it has experienced fast growth, thanks to its exciting products like the fast-rising JobTribes game and an NFT marketplace. With over 2.4 million users spread across five Asian countries, PlayMining is off to a good start. Ultimately, it aims to serve as the bridge between creators and users in the GameFi space. DEA has set its sight on the wider global audience and will use the growth spurt provided by its Asian experience to expand its reach.

Amid the metaverse’s rapid growth, the new capital will help us enlarge our market share while continuously developing our platform to handle the next generation of gaming applications and services.”

DEA Co-founder and CEO Naohito Yoshida emphasized that DEA was not only keen on developing exciting and engaging games, but also doing so sustainably. He added that giving users opportunities to earn from their gaming time was a core component of DEA’s mission.

On his part, JAFCO Investment President & CEO Yoshiyuki Shibusawa expressed his delight at the opportunity to work with DEA at this point in time. He was particularly appreciative of the chance to partake in the growth of Web 3, with a proven industry performer like DEA.

Founded in Singapore in 2018, DEA is an NFT-based blockchain platform, offering products such as DeFi, P2E gaming and NFTs. It is among the fastest-growing companies in the GameFi and NFT segments. It has built a strong user base, especially in Taiwan, Japan, Indonesia, Vietnam and Philippines. DEA’s premier game, JobTribes is gaining popularity fast, thanks to its connection to the East Asian cultural background. DEA is currently in the process of enhancing its PlayMining platform by adding more features and games. The company also has an NFT marketplace called NFT: DEA.

The platform also has its native token, known as DEAP Coin, built on Ethereum. At the time of writing, the coin has a market capitalization of $105 million, according to CoinMarketCap.