Cineworld Share Price: A Bargain or a Value Trap? 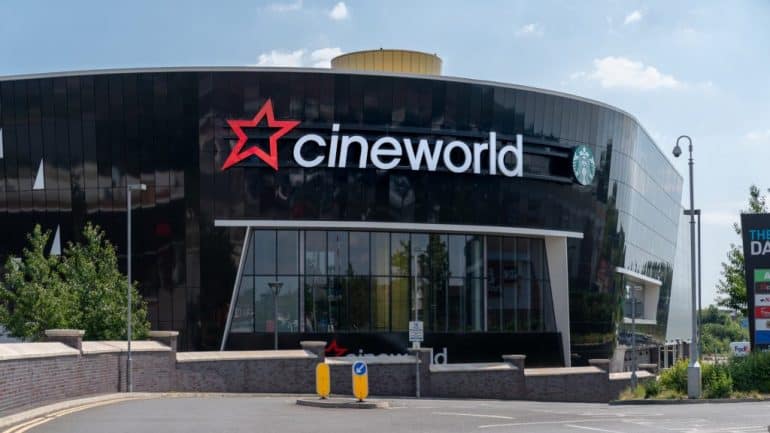 The Cineworld share price has been in a tight range in the past few weeks as investors assess the strength of the movie theatre industry. The CINE stock is trading at 38p, about 55% below the highest point in October last year. As a result, its total market capitalization has dropped to about 521 million pounds.

Cineworld is one of the biggest movie theatre chains in the world. It has operations in the UK, US, and several European markets. Therefore, the company has gone through a rough period in the past few years. Indeed, the Cineworld share price has collapsed by more than 87% in the past five years.

A stock that used to trade at 335p is now trading at 38p. It is not alone. Other theatre stocks like Cinemark and AMC have also collapsed. The Covid pandemic has had an important role in this collapse since the company was forced to shut its locations as the pandemic spread.

The company ‘restarted’ its cash-burning machine since it had to pay bills and rent while having no guests. As a result, the company said that it was burning about $45 million per month in the most recent results. In addition to this, the pandemic led to a new shift in how blockbuster movies are offered. Many companies like Disney and Warner Media realized that they could make more money by offering their movies on their streaming platforms.

Meanwhile, the Cineworld share price has dropped because of the rising interest rates in the UK. The Bank of England (BOE) has already implemented two rate hikes, and analysts expect that more hikes are coming. These rates will impact the company’s free cash flow because it raised billions during the pandemic. In addition, Cineworld now carries more than $4.6 billion in debt, which is significantly higher since the company is valued at less than £1 billion.

Is CINE a good buy?

The Cineworld stock price has declined even as investors expect its business to improve this year. For one, it seems that the number of Covid cases and deaths has started falling, and the Omicron variant is not as dangerous as feared initially.

Further, several upcoming blockbuster movies will bring more people to movie theatres. They include Batman, Wakanda Forever, Thor, and Avatar. The next key catalyst for the CINE share price will be the upcoming earnings scheduled for March 17th. Analysts expect mild results because of the Omicron variant, although the guidance will be the one to watch.

Analysts believe that the stock could double in the coming years. According to MarketBeat, the average estimate of the shares is 83p, which is more than double where it is today. Some optimistic analysts are from Berenberg, Barclays, Numis, and JP Morgan.

The daily chart shows that the stock has recently been in a tight range. It has moved from the YTD low of 26.6p to the current 38p. Still, the stock remains a few points below the 25-day and 50-day exponential moving averages (EMA), while the Relative Strength Index (RSI) is at the neutral level of 50.

Therefore, while the fundamental outlook of the stock is bright, technicals suggest that the shares will remain in this range ahead of the upcoming earnings. The shares will resume the downward trend in the long-term as bears target the next support at 30p.