Will the Cineworld share price be rescued by James Bond and Spiderman? 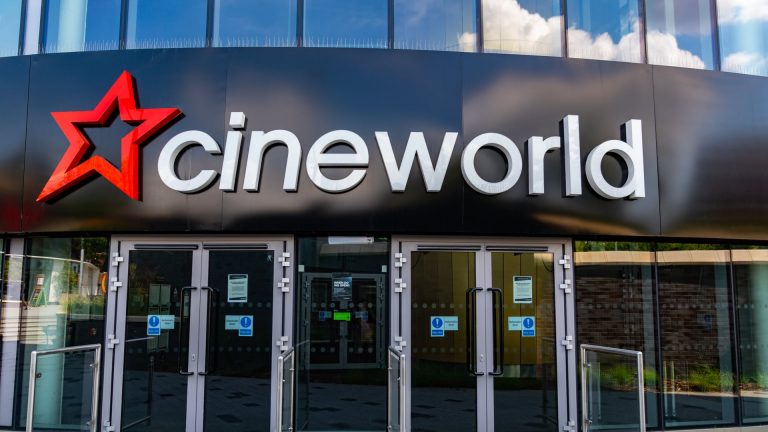 Cineworld share price could get a boost in the final furlong of 2021. A jam-packed slate of Blockbusters is sure to lure patrons back to the big screen. Over the last couple of months, cinema-goers have started to return to theatres, and Disneys’ Black Widow and the 9th instalment of the Fast and Furious franchise have set record attendance numbers for 2021. However, the next three months sees the return of several highly anticipated sequels and remakes which could help the Cineworld share price bring the curtain down for 2021 on a (relatively) high note.

On the 17th of September, the $165 million rehash of the 1984 sci-fi hit ‘Dune’ will be released. On the same date, Marvels’ anti-hero Venom will make a comeback. However, it’s the long-awaited return of 007 that could prove a turning point. The release of ‘No time to die’ encountered several Covid-19 delays but will finally be ready to watch on the 30th. Furthermore, in October, Michael Myers redons the mask in ‘Halloween kills’, and November sees the Ghostbusters’ and Top Gun’s Maverick return. And if that wasn’t enough, ‘West Side Story’, Spiderman ‘No Way Home’, ‘The Kings Man’ and ‘The Matrix 4’ close out the year in December.

The studios have clearly stacked the remainder of this year in the hope that pent-up demand drives revenue. Cineworld will no doubt welcome this move. After an abysmal 2020 and early part of 2021, cash-strapped cinema chains are in desperate of liquidity. This has resulted in Cineworld (LON: CINE) exploring a US listing for the Regal Cinema chain it owns. So with some potential glimmers of hope on the horizon, is CINE an attractive addition to a portfolio?

The daily chart shows that despite impressive vaccination drives in the UK and US, the Cineworld share price has only gained 2% since the start of the year. Furthermore, even after increasing more than 373% from the October 2020 lows, CINE is 80% below its 2018 high at 325p.

However, the share price is recovering from the selloff in July that forced it to 55.0p. And in the last month has put on more than 20%. As a result, last week, CINE tested the 50-day moving average at 70.03p and a downtrend at 70.50p. However, so far, the price has been rejected at this confluent resistance and is last at 66.74p. Although CINE manages to clear the 50 DMA and the trend, it faces the 100 DMA at 75.54p and the 200-day at 79.00p. Together these offer a considerable obstacle in the path higher. And until the Cineworld share price can hurdle 79.00p, it remains vulnerable to a return to Julys low. Although, the combined efforts of James Bond, the Ghostbusters, Spiderman, and Neo should be enough to save the price and send it higher for the next three months.