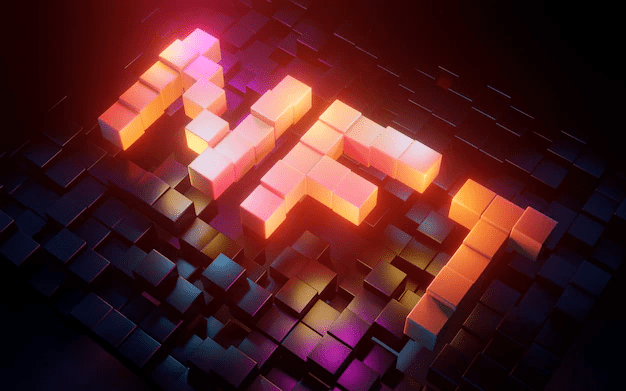 The gaming industry is one of the sectors covering a wide range of age demographics. In today’s world, both old and young people are interacting with several games. Some of which are quite thrilling, given that players worldwide can connect and play as a team. For instance, Fortnite and PubG are massively multiplayer online games (MMO), allowing many players to engage the same server.

While the $200 billion traditional gaming industry is expected to grow bigger in the coming years, Non-fungible tokens (NFTs) are slowly changing the narrative following the invention of decentralised gaming platforms. So, will this new crypto niche become a fundamental part of the gaming economy? The past year has been quite successful for blockchain-based games, with investors allocating over $4 billion towards NFT-oriented games.

Going by the intrinsic value of NFTs, one can get a picture of why blockchain games are posing a threat to traditional gaming ecosystems. Unlike their predecessors, games built on blockchain networks are decentralised, meaning that they are accessible to anyone across the globe. In addition, NFT-oriented games have changed the gaming dynamics by creating a unique and transferable value for in-game items.

NFTs are Changing the Gaming World

By design, NFTs are indistinguishable, making them a perfect tool for the creation of in-game items and other features. Furthermore, the decentralised nature of blockchain ecosystems allows for NFT-oriented games to be governed by the community instead of centralised, traditional gaming companies such as Atari and Nintendo. This decentralised gaming economy has opened up opportunities to advance user experience.

It is no surprise that blockchain games like Axie Infinity have surpassed $4 billion in total sales following increased activity in 2021. The Axie Infinity game became popular thanks to its play-to-earn (p2e) model, incentivising players to participate. Contrary to the rewards in centralised gaming platforms, p2e games leverage native tokens, which can be liquidated in existing NFT marketplaces such as Opensea and Rarity.

While Axie Infinity is still among the leading NFT games, innovators are coming up with more action-oriented games to rival the likes of Fortnite. Today, it is possible to play combat-style NFT games such as Battle Drones, which also features an incentive model for its users. This game allows players to compete by flying or racing drones, ultimately creating a more engaging experience than pioneer NFT games, which mainly focus on breeding rare digital creatures.

Notably, p2e games like Battle Drones allow players to buy or sell in-game items to enhance their performance. This is an added advantage compared to traditional games, where monetisation options are limited. As the world embraces the value proposition of decentralised markets, the gaming industry will perhaps be one of the biggest beneficiaries. No wonder VCs and traditional gaming companies are keeping close tabs on the developments.

Decentralized Gaming is the Future

Decentralisation will not only introduce a new paradigm in the gaming economy, but it will also attract more people to virtual worlds (the metaverse). Tech giants, including the likes of Microsoft, are curving their way into this new realm; the firm recently announced a proposal to purchase Activision Blizzard for a whopping $68.7 billion.

According to Microsoft’s CEO Satya Nadella, NFTs and the metaverse will emerge as first-class ecosystems connecting physical and virtual worlds. While it is not clear whether Microsoft will be launching an NFT-oriented game soon, Nadella has previously echoed on the futuristic nature of decentralised gaming ecosystems,

When we talk about the metaverse, we’re describing both a new platform and a new application type, similar to how we talked about the web and websites in the early ’90s. It’s no longer just playing a game with friends. You can be in the game with them.”

Meanwhile, traditional gaming giant Ubisoft recently announced a partnership with the Sandbox as part of the firm’s strategy to make a debut in the NFT gaming space. Competing players will likely replicate this trend; after all, it would be a rookie move to fade the ongoing revolution in the gaming industry.