The Vodafone share price is in focus today after the telecommunication giant reported its full-year results. The share price declined to 134p, 5% lower than yesterday’s close of 141p. The decline now values the company at more than 39.8 billion pounds.

As a result, the firm made an operating profit of more than 5 billion euros, up by 24% from the previous year. This increase was mostly because of the fact that the firm recognized lower gains on disposals and no impairment charges. Its total net profit rose to more than 536 million euros.

The company also boosted its forward guidance. It expects its revenue will be between 15 billion euros and 15.4 billion euros. It also expects to have an adjusted free cash flow of at least 5.2 billion euros.

“I am pleased that we achieved full year results in line with our guidance and we exited the year with accelerating service revenue growth across the business, with a particularly good performance in our largest market, Germany.”

The daily chart shows that the VOD share price declined sharply on Tuesday after the company reported its annual earnings. On the four-hour chart, we see that the stock had previously formed a double-top pattern at the YTD high of 142p. In technical analysis, a double-top tends to be a bearish sign.

And today, the stock dropped below the black ascending trendline. It also crashed below the 25-day and 50-day exponential moving averages (EMA). The stock has moved back to the rectangle pattern whose support and resistance levels are at 131p and 134, respectively. Therefore, the stock will likely remain inside this channel in the near term.

What Next for the Vodafone Share Price After Earnings? 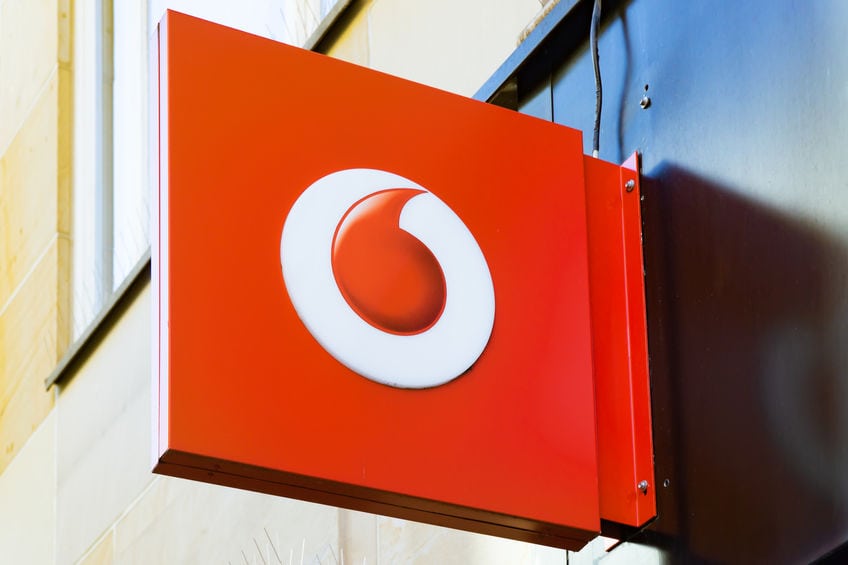