The Virgin Galactic stock price reversed course this week, with a sharp correction. However, SPCE has held $46. But If it fails, the rocket rally may crash.

Whilst the drop is dramatic, we must remember the Virgin Galactic stock price has been on an incredible run over the last 5 weeks. Moreover, following last week’s news that the Federal Aviation Administration had (FAA) approved Virgin for commercial space flight, the stock added 40% in a straight line.

Furthermore, before the May test flight, SPCE was trading below $20. So my report, released on May 22nd, asked: ‘Is the Virgin Galactic Share price about to take off?

Again, last week, with the stock around $36, I suggested another leg up was on the horizon. However, despite my recent bullishness, I am starting to think the rally is in danger of reversing.

The daily chart highlights 2 key areas. The first is at $40.00. The area is suggested would provide the catalyst for an impulse to move higher. This key resistance should now be considered a significant support level.

Additionally, when SPCE gapped higher at the end of last week, it left a huge void on the chart between Thursday’s $430.26 closing price and Friday’s $45.82 low.

Therefore, should SPCE trade, and more importantly, close below $45.82, it will find itself in a vacuum, with the next support level more than 12% lower.

On this basis, I would consider $45.82 to be a key level for the Virgin Galactic stock price this week.

Notably, the daily short volume increased dramatically during Friday’s spike. Considering the latest data showed SPCE short interest was over 20% of the float, I would imagine much of that selling was longs taking some profit. The next short-interest report will reveal how many shorts were forced to close their position during last weeks parabolic rally. I would imagine quite a few.

Furthermore, the relative Strength Index (RSI) is retreating from its previously overbought reading of 83.0.

A close below $45.82 would immediately test the $40.00 area. And depending on the pace of the move and the amount of long liquidation seen, SPCE could well exceed that target.

However, the Virgin Galactic stock price is still above the support. And as long as it remains that way, the Bulls are running the show. Furthermore, if the price exceeds Monday’s high, it will be the shorts that could find themselves in a vacuum. 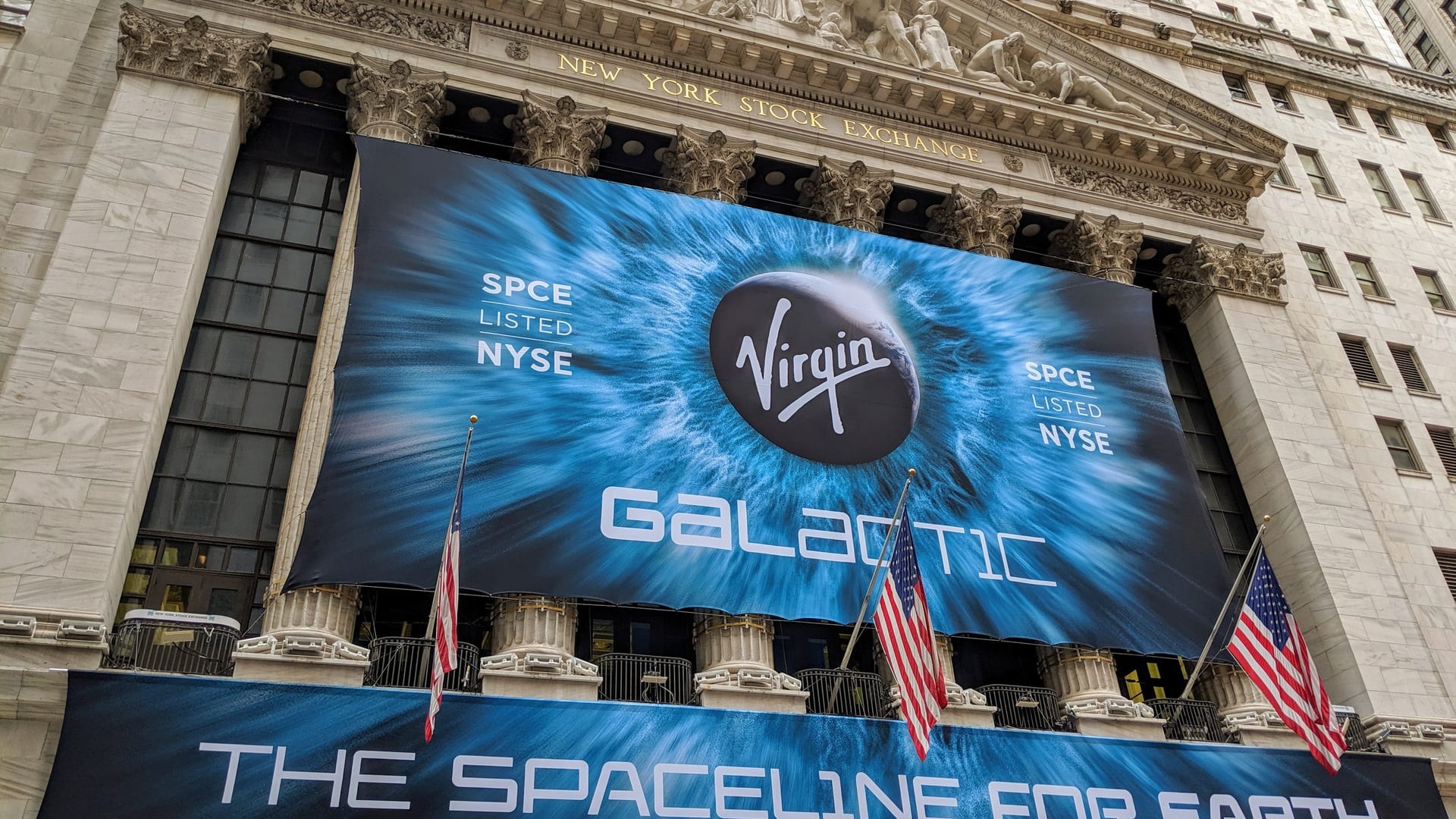 Virgin Galactic Share Price Soars +50% In a Week: What Next?