39 mins ago
NZDJPY Breakout Complete with Overhead Targets in Sight
1 hour ago
USDZAR Lower on Inflation – Big U.S. Economic Data Awaits
2 hours ago
Gold Price Setup: $1800 Is the Barrier to Beat for Sellers
3 hours ago
Lloyds Share Price is Down by 4% Today – But Bullish Momentum Remains
4 hours ago
FTSE 100 Loses Steam As EU Commission President Talks Up No-Deal Brexit

The USDCHF is up slightly today as traders react to the overall stronger dollar and the weak inflation data from Switzerland. The pair is trading at 0.9121 and is in its third consecutive day in the green.

According to the Swiss Federal Statistics Office, the consumer price index remained relatively stable in August as the country continued to open up its economy. Analysts polled by Reuters were expecting the consumer inflation to rise by 0.1%.

Meanwhile, the prices declined by 0.9% on a year-on-year basis. At the same time, the Swiss harmonised Index of Consumer Prices (HICP) stood at 100.54, which was about 0.1% lower than the previous month.

Recent data from Switzerland have been relatively positive, which has pushed the USDCHF at a YTD low. On Tuesday, data from the bureau showed that retail sales rose by 4.1% in July after rising by 3.3% in the previous month. And yesterday, data showed that the PMI increased from the previous 49.2 to 51.8, which is a sign that business activity has started to rise.

The daily chart below shows that the USDCHF pair has been in a strong downward trend since March, when it peaked at 0.9900. The pair reached a YTD low of 0.9000 on Monday this week. It is now below the 50-day and 100-day exponential moving averages. It has also formed a small descending channel that is shown in black. 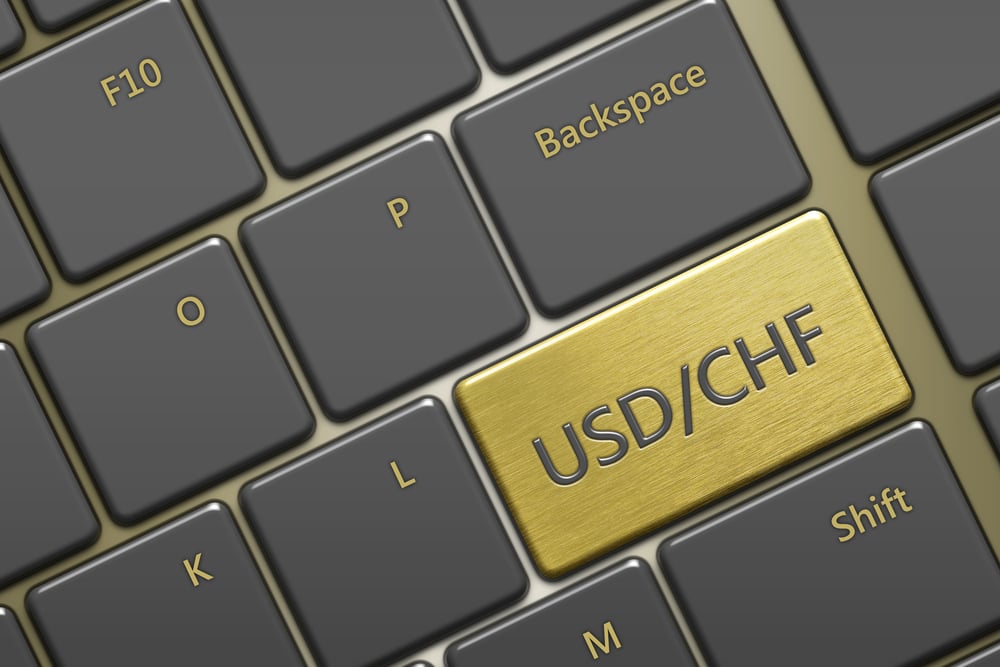