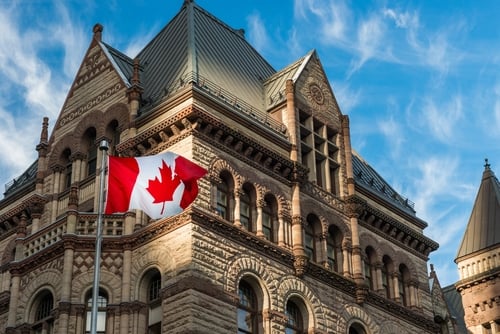 USDCAD has traded sharply lower following the worse-than-expected US jobless claims report for last week. As of this writing, the currency pair is trading around its Asian session lows at 1.4088 and is down by 0.64% for the day.

Initially, Canada’s better-than-expected trade balance report for February attracted very little attention from market participants. The country recorded a 1 billion CAD trade deficit which was less than half of what markets were bracing for at 2.3 billion CAD. Then, the US jobless claims report highlighted the diverging outcomes of data from Canada and the US. According to the Department of Labor, unemployment claims for last week came in at 6.648 million. This was more than 3 million more than what analysts had estimated at 3.6 million.

On the 4-hour time frame, it can be seen that USDCAD is still trading within a consolidation. Its recent price action shows that it bounced off resistance at the top of the triangle. However, it would seem that there were not enough sellers to push the currency pair below support at the bottom of the triangle at 1.4073.

What this means is that the market still remains largely undecided on USDCAD. An upside break or a close above the high of March 31 at 1.4348 is needed for the currency pair to rally higher. If it does, it could trade up to resistance at 1.4530 where it topped on March 24. On the other hand, a close below the low of March 31 at 1.4010 would constitute a downside break. It may mean that USDCAD could soon fall to its March 27 lows at 1.3920.