USDCAD – How to Make the Most of Its Bearish Trend 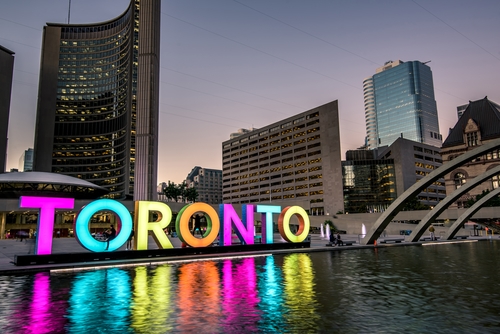 The USDCAD pair stole the show in 2020 so far, with its sharp move to 1.46 from 1.29 in only a few months. It showed, once again, the CAD direct relationship with the crude oil price.
As crude oil price kept falling, the USDCAD kept rising. However, in doing so, it put a major double top on an important timeframe – the weekly chart.

The Case for A Stronger CAD

Another reason for the sharp rise in the USDCAD at the start of the coronavirus crisis was the lack of USD liquidity. To solve the problem, the Fed announced new swap lines in strong coordination with other major central banks in the world – up until then, the USD kept rising across the board.

The swap lines did the trick, as the USD liquidity improved, sending the world’s reserve currency lower across the dashboard. As a consequence, the USDCAD eased from highs and continues to do so.

Bank of Canada (BOC), under the leadership of its new Governor, seems proactive as ever. It addressed the pandemic with low-interest rates and assets-buying, but not to the extent seen at the Fed. While the Canadian balance sheet expanded, the Fed easing exceeds the BOC efforts.

Last but not least, the Canadian data coming out shows a resilient economy. This week, the May 2020 Retail Sales report showed an increase of over 18% MoM. In comparison, the United States retails sales rose 19.7% in May.

Double Top on the Weekly Timeframe

The spike higher seen in the first part of the year ended in the same area (1.46) as in 2015. The subsequent pullback that followed reflects the improvements in the crude oil price (i.e., demand picks up as economies reopen) and a stronger CAD when compared with the USD.

As a reversal pattern, a double top has the shape of the letter M. The price target or the measured move mirrors the first segment of the pattern. In other words, judging by the timeframe, the bearish trend for the USDCAD pair is just at the start.

While it is difficult to find a suitable risk-reward ratio on the weekly chart, investors may want to keep an eye on the lower highs series forming from the 1.46 second top. A trading setup involves selling any spike against the previous lower high. Next, calculate the distance to set the stop-loss and project the target using a 1:2 or 1:3 rr ratio.