USD/TRY is on a consolidation pattern ahead of the Turkish retail sales. Investors will be keen on whether the released numbers will come in higher than the previous 4.6% YoY and 3.4% MoM. The data comes a few days after the CBRT interest rate decision. The central bank left the one-week repo rate unchanged at 19%. Analysts expect the bank to lower the rates in Q3’21.

USD/TRY will also be reacting to the US JOLTs job openings data. Analysts expect a reading of 7.500 million compared to February’s 7.367 million.

USD/TRY is consolidating after rising from Monday’s intraday low of 8.2306. At the time of writing, it was up by 0.07% at 8.2794. In the previous week, the formation of a head-and-shoulder pattern signalled a potential decline. The pair dropped to the week’s low of 8.2247.

The ascending trend line, which is highlighted in black, is a sign that USD/TRY is rebounding. On a two-hour chart, it is trading slightly above the two and four-week exponential moving averages. The currency pair will have its price rise for as long as it remains above the trend line.

This thesis will be invalidated by a move below the ascending trend line. If that happens, the levels to look out for will be 8.2000 and 8.1500. 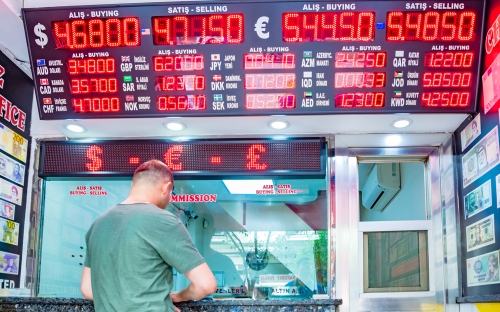 Binance Coin Prediction: BNB/USD Not Out of the Woods Yet