USD/TRY Analysis Ahead of the First CBRT Decision of 2023 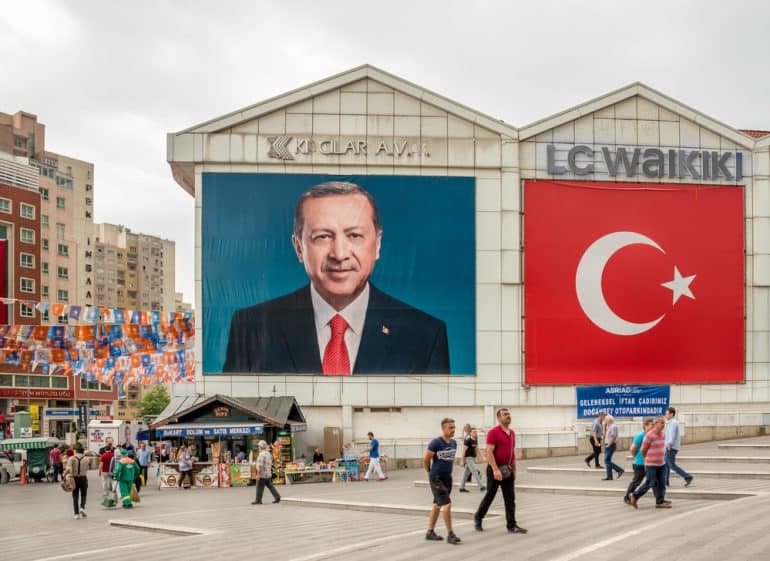 Poster of Turkish Prime Minister Recep Tayyip Erdogan and Turkish flag on a building in Bursa,Turkey.20 May 2018

The Turkish lira has been the most boring forex pair to watch in the past 12 months. USD/TRY has remain stuck at 18.80 in the past few months. This price is close to its all-time high of 19.14, It is also about 70% higher than where it was in 2022. The next key catalyst for the Turkish lira will be the upcoming interest rate decision by the Central Bank of the Republic of Turkey (CBRT).

The USD/TRY price was rangebound on Thursday as focus shifted to the first CBRT meeting of the year. Economists believe that the bank will maintain its dovish tone since economic conditions are improving in Turkey. After rising to more than 80% in 2022, analysts believe that Turkey’s inflation will drop to about 42.5% in 2022 as energy price retreat. Inflation declined to a 9-month low od 64.3% in December

Analysts polled by Reuters expect that the Turkish economy will expand by 3% in 2023. The main focus of the CBRT is the ongoing liraization, which is a strategy that seeks to make the Turkish lira the most dominant currency in the country. It is part of the so-called Turkish Economy Model. As part of this approach, the CBRT aims to increase the weight of TRY-denominated items in the assets and liabilities of households and companies.

Another part of this economic model is production. The Turkish government is working to ensure that Turkey produces most of the items that it currently imports. By doing that Turkey will also be able to boost its exports and solve some of the main obstacles to price stability. In a note, the CBRT noted that the main challenge to currency stability was local currency substitution in households.

Still, analysts are concerned about whether the liraization strategy will work. They argue that the strategy is not the solution. Instead, they advocate for a return to conventional monetary policy. For example, in the United States, the Fed is winning the inflation battle through quantitative tightening (QT) and rising interest rates.

The daily chart shows that the USD/TRY exchange rate has been in a consolidation phase in the past few days. It has remained at about 18.8 in the past few straight days. The pair is wavering at the 25-day and 50-day moving average while the MACD has moved slightly above the neutral point.

Therefore, barring any major announcement, the pair will likely remain in this range after the CBRT decision. A shift in tone by the CBRT will lead to a bullish breakout.