Canadian cannabis company Tilray (NASDAQ: TLRY) resumed its slide yesterday, closing at $14.10, lower by $0.20 (-1.40%). Including yesterday’s decline, the stock has now lost more than 16% following the fourth-quarter earnings call on the 28th of July. Furthermore, the Tilray stock price is approaching the final stages of a long term triangle pattern. This should lead to TLRY breaking out, but in which direction?

For a brief moment towards the end of July, it appeared that Tilray was recovering from the slump that saw it lose more than 80% since February. However, the 30% rally between the 26th and 29th of the month was short-lived. Since then, the Tilray stock price has given back almost half of the three-day gains. The sudden spike came after CEO Simon Irwin revealed his ambitions to increase Tilray’s revenue to $4 billion by 2024. However, after the initial bump, the price faltered as analysts reminded the market the projections are six times current levels.

Looking at the daily chart, we see the price has corkscrewed into an extremely narrow trading range. This is due to the short-squeeze in January that sent TLRY to a two-year high of $67.00. Notably, over the last year, similar, although smaller, triangle patterns have emerged. Both of which resulted in the price breaking out to the upside. The more recent came in May when the Tilray stock price jumped from $14.00 to $23.04.

The trend line at the lower end of the triangle is currently $13.15 and is immediate support. If the price breaks down below this level, it may easily slide below $10.00 per share.

However, the descending trend that forms the top of the pattern sits at $15.36. And should TLRY clear this trend line, the uplift could be extreme. In this event, the first target is the 200-day moving average at $16.73, followed by June’s $23.04 high. And if that gives way, a short-covering rally may follow. Although there are no clear signals as to which event is more probable, the price will have to step outside of the triangle at some stage. And when it does, it may prove fruitful for either the bulls or the bears. 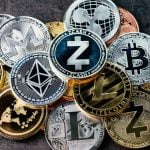