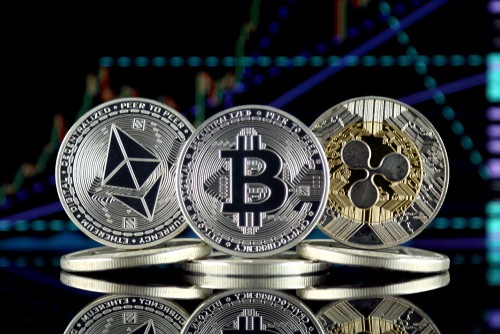 As the second anniversary of the SEC vs Ripple case nears, some analysts believe that this could be a big week for the XRP price. Ripple price has fallen in the past three straight days and is now hovering near the lowest level since November 24. It has plunged by more than 32% from its highest level in November.

There have been several important XRP news in the past few weeks. First, some analysts, including Charles Hoskinson made the case that the ongoing SEC vs Ripple case could end on December 15. Hoskinson is one of the most prominent players in the crypto industry since he was a co-founder of Ethereum. He also founded Cardano, one of the biggest cryptocurrencies in the world.

In his statement, he argued that the SEC could want to end the case before December 20th, which will mark the second-year anniversary of the case. Some analysts believe that the SEC could be inclined to settle instead of delivering some of the top documents that Ripple has requested. After having spent millions of dollars fighting the case, it is unclear whether Ripple will want to settle.

Still, some analysts question whether this scenario will happen altogether. As shown below, this analyst questioned Charles Hoskinson’s sources at the SEC. He argues that Hoskinson does not have major sources at the CFTC, which is not involved in the case.

Further, there are still a few steps before the case concludes. For example, there are court proceedings scheduled for January 9 2023 when the parties will file objections to redaction recommendations. After this stage, the final step will be determined by the judge in January. For it to end on December 15, the two parties will need to settle.

Is Ripple a good buy?

The biggest question is whether Ripple’s XRP is a good buy ahead of a potential verdict. In my view, I suspect that any ruling will be positive for XRP prices. That’s because the worst-case scenario will be for Ripple Labs to pay a big fine and then start operating as a security.

By operating as a security, Ripple will need to operate using the same rules that stocks operate in. As a result, many exchanges that offer it will stop doing so. Still, non-American exchanges could continue to offer it since they don’t fall under American law. Most exchanges stopped offering XRP after the lawsuit was launched.

Ripple has hinted that it will shift its base from the United States to friendlier jurisdictions, including Japan and the UK.

The 4H chart shows that the XRP price has been under intense pressure in the past few days. In this period, it has managed to move below the lower side of the symmetrical triangle pattern shown in green. It remains below the 25-day and 50-day moving averages while oscillators are pointing downwards. Therefore, Ripple price will likely continue falling in the near term. This view is in line with my previous XRP prediction.