The Rolls-Royce stock price rose sharply on Monday as the overall fear of the Delta variant started to wane. This happened as China sent a positive statement, saying it had not recorded a local transmission case in the past few days.

Also, the overall sentiment in the market is that countries will handle the new wave of the pandemic better than they did before. This is evidenced by the performance of other markets. For example, after staging a remarkable rally last week, the US dollar index retreated significantly on Monday.

Emerging market currencies like the South African rand and the Turkish lira also rallied. At the same time, other airline shares like IAG, EasyJet, and Ryanair also rallied substantially on Monday.

Many analysts are getting bullish about Rolls-Royce Holdings, which has made it the best-performing FTSE 100 stock in the past 30 days. The rally accelerated after the company published the first profit since the pandemic started. Also, there is optimism that the aviation industry will bounce back in the next few years.

The four-hour chart shows that the RR share price has been in a strong bullish trend recently. Along the way, the stock has formed a V-shaped recovery. But it has also found some resistance at the 113p level. The shares have also formed a bearish divergence pattern according to the MACD pattern. It also appears like it has formed a bullish flag pattern.

Therefore, I suspect that the shares will have a small pullback in the near term and then rebound. This will likely push it to the next key resistance at 130p. On the flip side, a drop below 108p will invalidate this view. 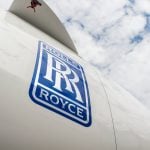 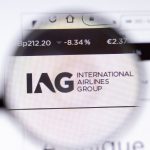