Ripple price recovered slightly from its weekly lows after the company announced that it had integrated its services with Thai-based fintech company DeeMoney. Through this partnership, DeeMoney will use Ripple as a means of cross-border remittances.

DeeMoney is the first non-bank institution in Thailand to integrate Ripple into its service offering, which includes processing inbound transfers from the Middle East, Israel and Asia. DeeMoney intends to start using RippleNet for outbound transfers to selected countries.

The remittance market in Thailand is worth $1bn, with more than a million Thais sending money to relations using banks and non-bank methods. DeeMoney is licensed by the central bank in Thailand and hopes to leverage on the speed and security offered by RippleNet to capture a large chunk of this market.

The announcement of this partnership has helped Ripple price to recover, even as it maintains its correlation with BTC.

Ripple price on XRPUSD is currently trading at 0.15562, and is about to make contact with the upper barrier of the symmetrical triangle consolidation pattern. Adding the previous downward price action from 12 March 2020 turns this pattern into a bearish pennant, which could have further bearish implications for Ripple price.

However, the positive divergence shown by the RSI indicator from the lows of Ripple price as well as the partnership announcement could be a positive trigger that could counteract the bearish pennant.

If the pennant gives way and a bearish continuation results, Ripple price could find itself in the uncharted territory of lows not seen before in its history. On the flip side, further upside could arise from positive sentiment around the news, which negates the bearish pennant. In this instance, the 17 December 2019 lows at 0.17952 would be the next resistance, with the lows of 9 January and 9 March 2020 forming a new resistance at 0.19859.

Ripple price remains correlated with Bitcoin and will likely move wherever Bitcoin dictates. 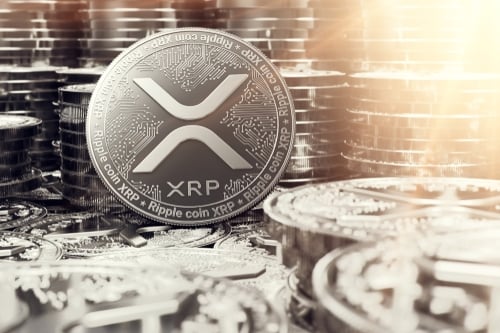