The Polkadot price has not only recovered the damage it took last week. After months of trying, DOT has almost erased May’s historic crash. Yesterday’s high price of $38.76 marks an incredible turnaround for Polkadot (DOT/USD). After getting slammed 40% during last Tuesday’s sell-off, Polkadot has been on a tear, and by yesterday was 75% higher and trading at a price last seen on May 19th.

As a result of the recent gains, Polkadot’s market cap has increased by a staggering $26 billion to $36b from just $10b in July. This ranks DOT as the 8th-largest cryptocurrency ahead of Dogecoin (DOGE/USD). However, for DOT to have any chances of increasing its value in the short term, the price must first overcome significant overhead resistance.

The four-hour chart shows that a rising trend line has capped the price since the middle of August. The trend has been a constant source of rejection for the price and the catalyst for last week’s technical reversal. Furthermore, the trend which is currently seen at $39.00, proved the high for the last two days.

Therefore, as long as Polkadot stays below the trend line, a correction is possible. In that event, some obvious downside targets emerge. A rising trend line at $34.00 from last weeks low is the first support level. Below that, the 21st of August high around $29.50 offers the next level of support. However, if the Polkadot price manages to clear $39.00 an extension to the $42.00-$45.00 is probable. Furthermore, above $45.00 and the all-time high of $49.77 could be under threat. 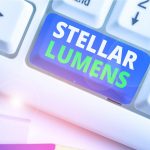 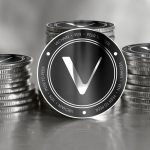