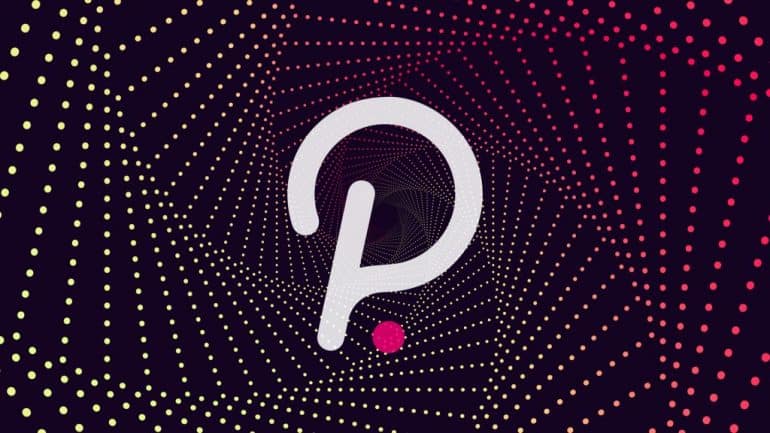 The Polkadot price has been under intense pressure in the past few months as concerns about its ecosystem growth remain. The DOT price decline has also been in line with the performance of other cryptocurrencies like Bitcoin, Ethereum, and Solana. It is trading at $4.9, about 91% below its all-time high.

What is Polkadot crypto?

Polkadot is a blockchain project that is in the web3 industry. Web 3 is a fast-growing but highly controversial industry that seeks to decentralize the web. So, for example, instead of using a centralized platform like Google Drive, you can instead use one that is decentralized in nature.

Polkadot describes itself as a “next-generation blockchain protocol that unites an entire network of purpose-built blockchains, allowing them to scale.”

In its light paper, Polkadot identifies several advantages of its network compared to other platforms like Solana, Ethereum, and Binance Smart Chain. These advantages are its heterogeneous sharding, scalability, and transparent governance.

Polkadot has many use cases. For example, it can be used to build apps in decentralized finance (DEFI), non-fungible tokens (NFT), Internet of Things (IoT), web 3, and even lending.

According to CoinGecko, Polkadot has a market capitalization of more than $19 billion, making it the 9th biggest cryptocurrency globally. This ranking is bound to change depending on the Polkadot price performance.

One of the reasons Polkadot has done well over the years is its founder. The platform was started by Gavin Wood, one of Ethereum’s co-founders. Gavin also founded the Web3 Foundation and Parity Technologies. Parity helps businesses to embrace blockchain technology.

One of the most popular questions is on the overall net worth of Gavin Wood. To be fair, it is a bit difficult to estimate his net worth because Polkadot is not a publicly-traded company. It is also unclear the number of DOT and KSM tokens he owns. Nonetheless. Entrepreneur estimates that Gavin Wood’s net worth stands at about $450 million, making him one of the wealthiest people in the industry.

Another common question is on the difference between Polkadot and Kusama. Gavin Wood started the two blockchain projects, and they operate similarly. The main difference is that Kusama is seen as a test-ground. It is where developers start their Polkadot developing journey.

In Kusama, developers build projects, identify bugs, and then solve them before migrating them to the Polkadot ecosystem. On the other hand, Polkadot is the stable version of the ecosystem. KSM is the native token for the Kusama ecosystem, and its market cap stands at more than $1.4 billion.

Polkadot is never concerned about the number of projects in its ecosystem, unlike other blockchain projects. It is, instead, focused on the quality of these apps. This explains why the developers decided to launch Kusama. Also, before apps move to Polkadot, they go through what is known as parachain auctions.

According to DeFi Llama, there are now 12 DEFI apps built using Polkadot that have a combined total value locked (TVL) of more than $1.2 billion. The biggest projects built in Polkadot are Acala, Moonbeam, Astar, Parallel, and Clover. During the previous parachain auctions, users staked more than 93 million DOT tokens, currently valued at more than $1.6 billion.

Polkadot (DOT) has seen a surge in development activity over the past few months, according to Token Terminal. This increase in activity can be attributed to the growing number of projects and developments within the Polkadot ecosystem, such as the Moonbeam Network and Astar Network. These developments have also attracted a significant number of developers to the ecosystem, further driving its growth. However, despite this growth in development activity, the revenue collected by Polkadot has decreased. According to Twitter account Polkadot Insider, the revenue fell by 36.4% in the last month, from 21.76 million to 10.74 million between 9-15 January. This decline in revenue could be a cause for concern for investors.

One reason for the declining revenue could be Polkadot’s decreasing activity on the social front. According to data provided by LunarCrush, the number of social mentions for Polkadot has declined by 46.9% and the number of social engagements decreased by 64.4% in the last three months. This could indicate a lack of interest or engagement from the community, which could have a direct impact on the platform’s growth and revenue. Additionally, the sentiment towards Polkadot has remained negative, according to Santiment. This negative outlook from the crypto community could have a further impact on the platform’s improvement and adoption.

However, despite these concerns, stakers on Polkadot’s network remain undeterred. The number of stakers has grown by 6.6% over the last 30 days. This could be due to the popularity of Polkadot’s nomination pools, which allow users to stake with as little as 1 DOT. This feature has made it more accessible for users to participate in the network and earn rewards, which could have contributed to the growth in stakers. Overall, while Polkadot’s development activity has increased, the platform’s revenue decline and negative community sentiment are factors that may concern investors.

What is the Polkadot price history?

The Polkadot price started trading at around $50 in 2020. Unfortunately, shortly after launch, the price crashed hard and hit a low of $2.7 in the same year. However, that was an exciting time to buy since the price surged during the cryptocurrency rally and hit an all-time high of $54 in November 2021.

In the first three weeks of 2023, the Polkadot value has gone up by over 40 percent, reversing a long-term bearish trade that had resulted in its value dropping by over 80 percent in 2022. Part of the reason for the strong start to the year has been the current industry-wide bullish trend that has pushed altcoins such as Polkadot to the upside.

For the next few weeks, there is a high likelihood that we might see the continuation of Polkadot’s bullish trend. However, the entirety of 2023 may unfold differently, and we might start to see the slowing down of the current bullish trend as the year progresses. Part of the reason for this assessment is my view that the current industry-wide bullish trend may be a “dead cat bounce” as investors try to recover part of the money they lost during last year’s aggressive bearish trend. This analysis is supported by the long-term price action as shown in the chart below, where Polkadot has traded for months in a descending channel. Currently, its price is near the upper trendline of the descending channel, and there is a high likelihood we might see a reversal in the next few weeks.

Overall, my Polkadot price prediction expects it to be fairly bearish throughout the year. There is a high likelihood that we might see it dropping below the $4.5 price level in the next weeks, and closing the year below its January opening price.

Is Polkadot a good investment?

The past decade has proven how difficult it is to have a long-term forecast for a cryptocurrency. For example, everyone would have laughed if you said that Bitcoin price would one day surge to almost $70,000. However, I believe that the growing adoption of cryptocurrencies will lead to higher Polkadot prices by 2025.

However, a study by Long Forecast estimates that the Polkadot price will end 2025 at about $12, which is significantly higher than where it is today. Another estimate by Wallet Investor is that the DOT price will keep rising by 2025, as shown below.

While doing a DOT price forecast for 2025 is difficult, doing one for 2030 is much harder. But we can use some assumptions. One way is to understand that cryptocurrency prices tend to move in tandem. Therefore, the driver of most altcoins will be the performance of Bitcoin.

And today, the ratio of Polkadot and Bitcoin is about 1,833. This means that one Bitcoin is worth these coins. And a panel of experts polled by Finder expects that Bitcoin will surge to $406,000 by 2030. Therefore, if the ratio stocks, the Polkadot price could rise to $220 by 2030.

What is a Polkadot parachain auction?

A parachain auction is a process that is unique to the Polkadot ecosystem. It is a process in which developers auction their coins to interested individuals. These developers raise the DOT token, which they can use to develop their projects.

What is a parachain crowdloan?

Another key concept in Polkadot is known as a parachain crowdloan. As the name suggests, these are loans based on blockchain technology. They raise either KSM or DOT and must repay them at an agreed date/

How to invest in Polkadot

To invest in Polkadot, you need to create an account in a centralized platform like Binance or Coinbase, deposit funds, and trade. You can also buy the DOT token in the form of a CFD using brokers like ATFX.

How much did the Polkadot ICO raise? Like all cryptocurrencies, the foundation of Polkadot was through an Initial Coin Offering (ICO). During the ICO, the developers raised a total of $133 million. This means that ICO investors have had returns of about 63 times.