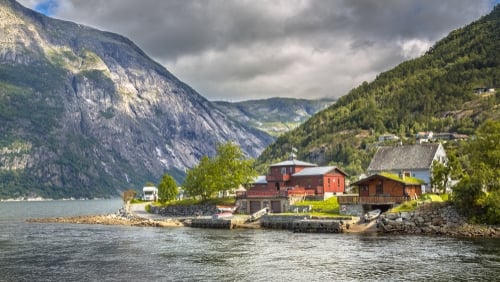 USDNOK continues the rebound from yearly lows boosted by the Fed minutes that released yesterday. Norges Bank released earlier today its monetary policy decision keeping the interest rates unchanged at 0% as was widely expected by markets. The central bank said that the economic activity is picking up the last months but remains below the pre-coronavirus levels. Unemployment shows signs of improvement but is still high.

Norges Bank, Governor Øystein Olsen said that the balance of risks suggests that the interest rate policy rate will most likely stay at current levels for some time ahead.

Fed minutes released yesterday showed that the COVID-19 outbreak weighing on the economy and threatens the medium-term economic outlook. The rebound in employment in June and July had slowed down in August amid a new wave of coronavirus infections in many States. FOMC members support further accommodation policy while the assessment for the interest rates is that they will stay at current low levels until the end of 2020. The FOMC also raised concerns over the potential benefits of the yield curve control policy.

USDNOK is almost unchanged after the Norges Bank decision, to keep the interest rates stable, as economists widely expected it.

USDNOK trades 0.22% higher at 8.9318 as the bulls are taking a breath after the recent selling pressure. The technical outlook remains bearish despite the two days rebound, and the upside moves should be considered as a selling opportunity.