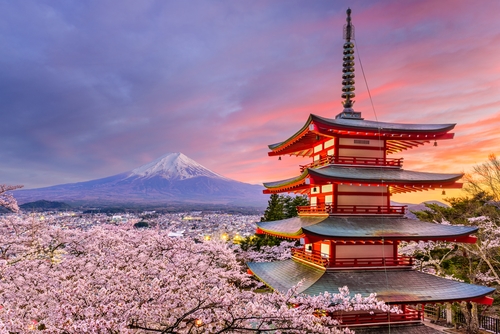 The Nikkei 225 index rally continued as the market continued to react to positive Coronavirus-related news from Asia. While the disease continues being a concern, it seems that the curve is flattening. In fact, China has already removed the previous lockdown measures it had put in Wuhan. Manufacturing PMI data has been also positive.

Meanwhile, investors are happy that Shinzo Abe did not impose a national lockdown as was widely expected. Instead, the prime minister declared a state of emergency, which is seen as being less restrictive. This is a measure being advocated by Michael Burry, the hedge fund manager who predicted the previous financial crisis.

If COVID-19 testing were universal, the fatality rate would be less than 0.2%. This is no justication for sweeping government policies, lacking any and all nuance, that destroy the lives, jobs, and businesses of the other 99.8%.

In addition to declaring a state of emergency, Shinzo Abe announced a $1 trillion stimulus package that will see the government send checks to households and companies. This was a big leap of faith for Japan, which has a combined GDP of more than $4.8 trillion. The country is also widely known for its high national debt, which stands at more than $10 trillion.

Perhaps, Shinzo Abe considered the implication of a national lockdown to the economy. This is simply because the economy was in trouble before the crisis began. For example, the economy shrank by more than 6% in the fourth quarter. This means that the economy contracted by almost 2% in 2019.

The best-performing stocks in the Nikkei 225 were Fast Retailing, Tobu Railway, Kirin Holdings, and ANA, which gained by more than 5%. The laggards were JFE holdings, Denki Kagaku, and Cyber Agent. The Nikkei 225 index is still down by more than 18% YTD.

The Nikkei 225 index has been rallying since bottoming at ¥16,325 on 20th March. The index has surged to the today’s high of ¥19,400. On the four-hour chart, the price is along the 38.2% Fibonacci Retracement level, which was drawn by connecting the highest and lowest points in March. The bull run will likely continue if the index moves above this level. If it does, it will likely attempt to test the 50% Fibonacci level at ¥20,189.