Further data showed that the country’s retail sales dropped by 2.4% in January while industrial production rose by 4.2%. In Tokyo, the headline consumer price index declined by 0.3%. In response, the Japanese yen has risen sharply against the US dollar. A strong yen tends to have a negative impact on the Nikkei 225.

The Nikkei 225 index has been in an overall upward trend in the past few months. In fact, it is slightly below the highest it has been in more than 31 years. On the four-hour chart, the price has retreated slightly this week and is at the highest level on January 14 and 15.

The index has moved below the short and long-term moving averages, which is a sign that the strong rally is fading. At the current level, the price is along the ascending trendline that connects the lowest level in November and in February.

Therefore, while the Nikkei could drop further, bears need to move below this trendline first. Any drop below this support will see bears target the next support at 28,500. 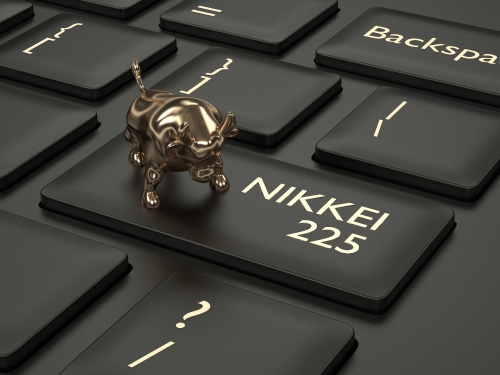