Nasdaq 100 and QQQ stock price have choked. What next? 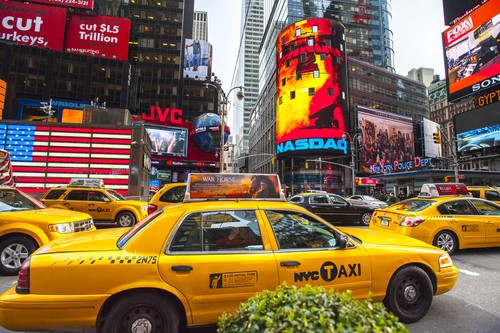 The Nasdaq 100 index diverged with its peers like the Dow Jones and the S&P 500 on Thursday as worries about tighter monetary conditions rose. The index collapsed by more than 385 points while the Dow and S&P fell by less than points. As a result, the QQQ stock price declined by more than 2.85%.

Nasdaq 100 is the flagship fund that tracks the biggest technology companies in the United States. Its biggest constituent include trillion-dollar companies like Tesla, Microsoft, Apple, and Google. It also has several mid-cap tech firms like DocuSign and Okta.

The index is known for being more sensitive to actions by the Federal Reserve. It does well when the Fed has embraced a relatively dovish view like it has done in the past two years.

Now, as the Fed moves to unwind its expansionary policy, analysts are concerned that tech firms will struggle. This explains why the QQQ stock and Nasdaq 100 index declined sharply on Thursday.

As you recall, in its Wednesday meeting, the Fed hinted that it will hike interest rates three times in 2022. This was a more aggressive posture than what most analysts were expecting.

Still, in my view, I believe that tech stocks will continue doing well even as the Fed turns hawkish. Demand for their products will keep rising in the coming year. Also, many of them are relatively undervalued.

The daily chart shows that the Nasdaq index has been in a bullish trend in the past few months. Along the way, the index has formed an ascending channel that is shown in red. It has moved slightly below the 25-day and 50-day moving averages while the Relative Strength Index (RSI) has formed a bearish divergence pattern.

Therefore, there is a likelihood that the Nasdaq 100 and QQQ stock will drop for a while and then resume the bullish trend as investors buy the dip. This drop could see it retest the support at $5,500.