The Kusama price popped on Thursday ahead of the parachain auctions that is expected to start next week. The KSM price jumped to $560, which was about 63% above the lowest level this week. This pop brings its total market capitalisation to more than $4.2 billion, making it the 28th biggest cryptocurrency project in the world.

What happened: Kusama is a fast-growing blockchain platform that describes itself as the “Polkadot’s faster, wilder cousin.” The two are standalone projects that are built in a similar way, with the only difference being that Kusama is faster.

In a statement this week, Gavin Wood, the founder of Polkadot said that the next Kusama Parachain Solot auctions will start next week. These auctions come two weeks after the Kusama network became the first fully decentralised and securely heterogeneously-sharded blockchain.

And, in a statement today, it was revealed that over $100 million was raised in the latest Kusama Parachain Lease Auction. The funding came from more than 900 addresses on Kraken’s exchange. In a statement, Ruitao Su, the co-founder, and CEO of Karura and Acala said:

“It has been an unforgettable experience creating a more accessible and open financial system. This level of support for our launch of Karura on Kusama, and later Acala on Polkadot, is proof of the positive demand for interoperable, decentralized financial products. We are grateful for such incredible support, and are excited to introduce our DeFi products to the world.”

The four-hour chart shows that the KSM price popped today and tested the resistance at $560. As this happened, the price managed to move above the resistance at $488.73, which was the highest level on June 3. The pair is being supported by the 25-day and 50-day exponential moving averages (EMA). It also seems to be forming a cup and handle pattern whose resistance is at $617.

Therefore, the coin may keep rising as bulls target this resistance. However, in the past, such parabolic jumps in other cryptocurrencies have been followed by sharper dips as buyers start taking profits. The invalidation point for the bullish view will be the support at $445. 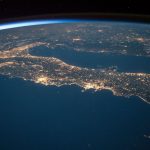 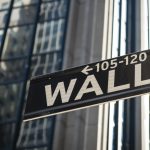