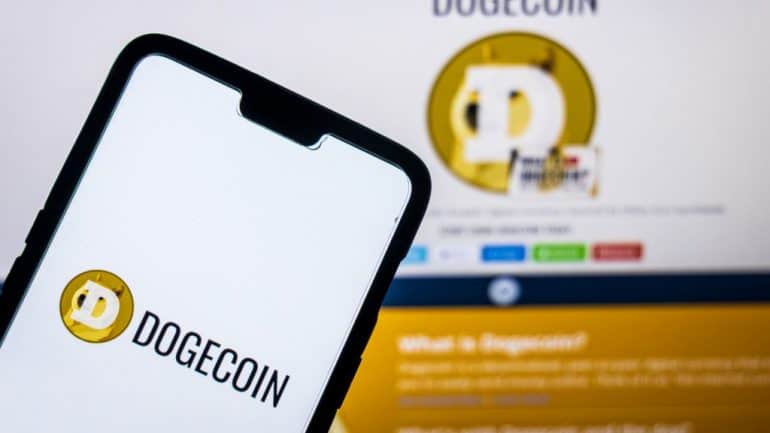 Dogecoin price remains under pressure amid the heightened bets on a March interest rate hike. In the past year, government stimulus and low interest rates boosted cryptocurrencies. Subsequently, the hawkish tone from the Fed and other central banks is weighing on the digital assets. As such, the altcoin may remain under pressure in the short term.

At the time of writing, Dogecoin price was up by 0.2% at 0.1508. Even after bouncing off the weekend’s low, it is still within its week-long range.

On a four-hour chart, it is trading below the 25 and 50-day exponential moving averages. It is also below the long-term 200-day EMA.

With the current bearish outlook, I expect Dogecoin price to remain within a horizontal channel with 0.1453 and 0.1599 as the lower and upper borders respectively. A move below the aforementioned support level may have the bears retesting December’s low of 0.1349.

On the flip side, a rebound past the channel’s upper border will likely place the resistance level at 0.1654 or higher at 0.1720. However, for as long as the altcoin remains below the crucial level of 0.1800, the bears will remain in control.