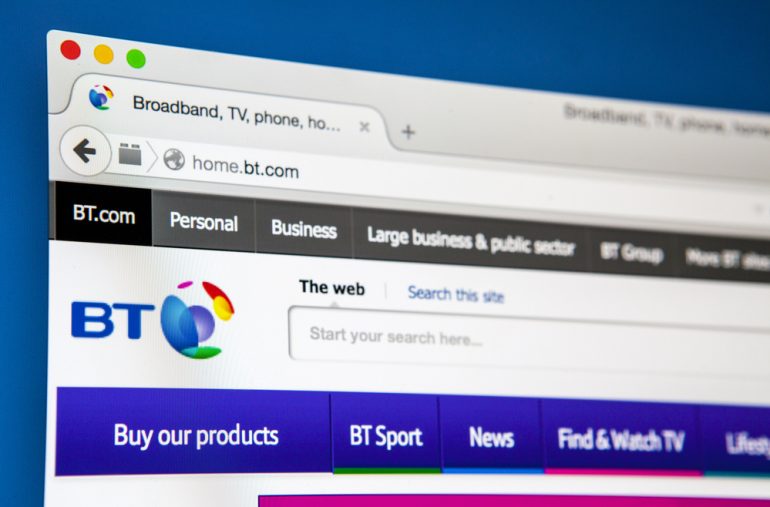 BT’s share price is down by a percentage point in the early hours of today’s trading session, continuing last week’s bearish trend that resulted in the company losing 6 per cent of its value. Today’s bearish trend also looks poised to continue throughout the session, with intraday data from lower timeframes showing an aggressive downward trend for the company.

BT Group, a British multinational telecommunications company, is expected to face challenges in the coming year due to increased competition and limited scope for above-inflation price rises in the consumer division, according to UBS telecoms expert Polo Tang. Tang’s price target for BT has been lowered from 174p to 130p, and his most pessimistic scenario points to a share price of just 40p if wages and energy bills come in higher than expected and if Openreach customers Sky and TalkTalk transfer a significant part of their business to a different provider. Despite growing its top and bottom lines during an economic downturn, BT’s financials worsened, with pre-tax profit dropping 21% and net debt increasing by 4% from £18.24bn to £19.04bn. The Consumer and Openreach segments continued to see growth, but the Enterprise segment saw a decline due to legacy product declines and the migration of a key customer.

BT’s performance has also faltered in recent months, and its share price has dropped by a third since the beginning of the year. Rising energy and wage costs limited earnings upgrades in the company’s annual results, and economic challenges have put a strain on revenues in the Enterprise and Global Services division. The company’s Openreach division has progressed quickly with its full-fibre rollout, but rising broadband infrastructure competition has put pressure on its market share and revenues. On the consumer side, there are questions over whether BT can pass on inflation-plus 3.9% bill hikes without a significant increase in its churn rate. A price announcement is expected in January, and any changes will likely be closely scrutinized by regulator Ofcom.

Despite the challenges facing BT, there are some reasons for optimism. The Consumer and Openreach segments continued to see growth, and the decline in the Enterprise segment was attributed to temporary factors. The company’s full-fibre rollout has progressed quickly, and BT has proposed cost-cutting measures such as merging its Global and Enterprise divisions. This could increase its savings target by an additional £10m-£20m from the revised £3bn quoted. However, the company faces intense competition from rivals Sky and Vodafone, who are both building large fibre optic networks, and its earnings are expected to decline in the near term. Additionally, its high debt levels may limit its upside potential. Overall, it may be better to invest in other companies with stronger balance sheets.

On the technical side of things, the company’s price action look’s aggressively bearish and is already down by a percentage point, extending last week’s 6 per cent drop. Therefore, I expect BT share price to continue dropping, with a high likelihood of trading below the 100p price level in the coming trading sessions. A trade above 120p, however, will invalidate my bearish analysis.