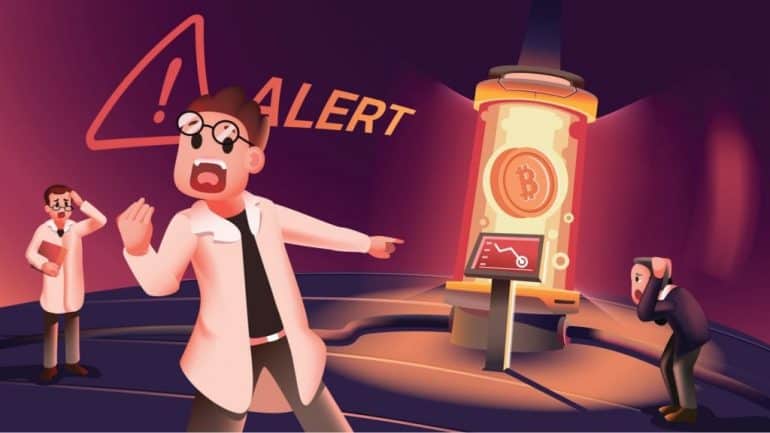 The BTBT stock price crashed to an all-time low as the price of Bitcoin crashed this week. Bit Digital shares are trading at $3.67, a few points above their all-time low of $3.10. The stock has crashed by over 88% from its all-time high of $33. As a result, its total market cap has crashed to just $256 million.

Bit Digital is one of the leading Bitcoin mining companies in the world. According to its website, the firm has a maximum hash rate of about 1.603 EH/s and over 27,000 miners. Over the years, it has mined over 3,300 Bitcoins. Some of its biggest competitors are companies like Marathon Digital Holdings, Hut 8 Mining, and Riot Blockchain, among others.

Bitcoin mining companies like Bit Digital make money in a relatively simple way. They invest in the best technologies to mine BTC and then create large factories where they install their computers. After mining, they then sell the Bitcoin in the public market. Energy is their biggest cost.

Like other mining companies, Bitcoin mining firms love it when the price of Bitcoin is at elevated levels. This explains why the BTBT stock price has collapsed by over 80% from its all-time high. Since November last year, Bitcoin has lost over 40% of its value as investors continue worrying about the Federal Reserve and the ongoing crisis in Europe.

Is BTBT a good buy?

The BTBT stock price has dropped sharply in the past few months, and analysts expect that this trend will continue. In the most recent quarter, the company’s revenue of $10.4 million missed the median estimate by more than $9.2 million. At the same time, the firm had an earnings per share of about 30 cents, which was also lower than where analysts were expecting.

Bit Digital will publish its next results on March 25th and analysts estimate that its total revenue rose to $25 million. They also believe that the company’s profitability improved to about 26 cents. Still, the key driver for the Bit Digital stock price will be the performance of Bitcoin. The shares will continue falling if Bitcoin maintains its bearish trend.

The BTBT price has been in a strong bearish trend in the past few months. And now, the stock is trading at a key support level. The current price is where it failed to move below in July 2021. The shares remain below the 25-day and 50-day moving averages while the MACD has moved below the neutral level. Therefore, for now, the bearish trend will likely continue as bears target the next key support level at around $2.50. This view will depend on the performance of Bitcoin and will be invalidated if the stock moves above $4.25.