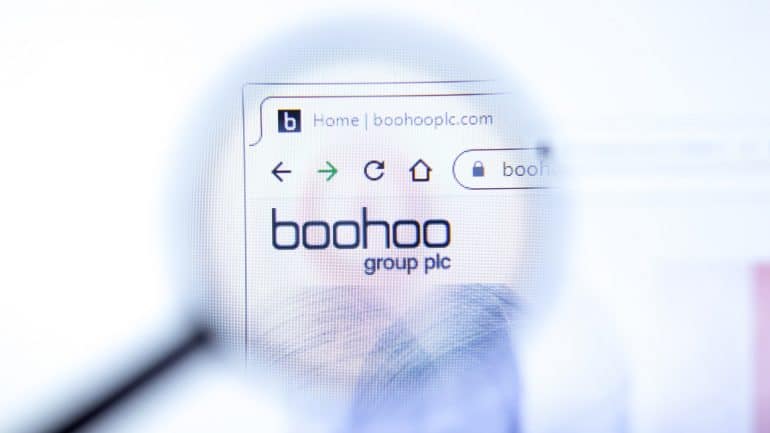 The Boohoo share price start of 2023 has been significantly positive, with the company seeing its value surge by almost 10 percent in the first few trading sessions of the year. However, in the early hours of today’s trading session, the company’s value is down by almost 4 percent and looking poised to wipe out the 4 percent gains made during yesterday’s trading session. The aggressive price drop may also indicate the resumption of the past year’s bearish trend.

Boohoo, an online fashion retailer, saw its share price suffer significantly in 2022. There are several reasons for this decline.

One major factor was the allegations of poor labor practices in the company’s supply chain, which emerged in 2020. These allegations, along with the threat of a US import ban, damaged the company’s investment outlook and contributed to the downward trend in its share price.

In addition, the company’s financial performance was weak in 2022. Its latest half-year results showed a 10% decline in group sales and a 13% decrease in group profit. The company also experienced a shift in its cash position, going from a £98 million cash surplus to £10 million in net debt. The company attributed these poor numbers to an expected increase in the returns rate and a decline in demand in the UK.

Competition in the industry may have also played a role in the decline of the boohoo share price. Chinese rival Shein has been making gains in the market by being faster with trends and cheaper than boohoo.

These factors also resulted in many analysts downgrading the company’s stock, with firms such as Barclays, Berenberg, Deutsche Bank, Shore Capital, and JP Morgan all reducing their expectations for the company in 2023.

As seen from the above fundamental analysis, most of the factors that affected Boohoo’s performance last year are likely to continue impacting it negatively in 2023. Therefore, I expect the current bullish trend that has resulted in the company’s value rising by 10 percent this year to reverse.

There is a high likelihood that we might see Boohoo’s share price drop to trade below the 35p price level again. A possible trade below 30p for the long term is also possible. However, trading above the 45p price level will invalidate my bearish analysis.