The Zilliqa price has staged a strong recovery as the Bitcoin and altcoin season accelerates. The ZIL coin has risen by about 20% in the past seven days and by about 107% from its lowest level in July. This growth brings its total market capitalization to more than $1.1 billion, making it the 79th biggest cryptocurrency in the world. It sits slightly below Synthetix and above Basic Attention Token.

We are currently in a major altcoin season as investors rush to buy the dips. A closer look at key dashboards shows that most altcoins have jumped by more than 50% from their lowest levels in July.

For starters, Zilliqa is a blockchain project that uses proof-of-stake and sharding technologies to help developers build decentralized applications. Its goal is to make these blockchains faster and more scalable. In most cases, transactions in the Zilliqa network can rise to more than 2,000 transactions per second. This is substantially higher than those of Ethereum.

The Zilliqa price has risen in the past 24 hours as investors react to the Zilliqa Royale. This was a first-of-its-kind battle royale game that ran on Minecraft. The royale aims to raise $550k. It will raise 3,891,000 ZILs and 1,250 ZWAP to burn.

Meanwhile, the number of analysts who believes that Bitcoin price will rise to $100k by the end of the year is rising. Earlier this week, Tom Lee of FundStrat reiterated that the coin will likely end the year above $100k. And on Thursday, a CNBC analyst said that she believed that there were numerous catalysts that will push the price to $100k.

This is important because Zilliqa price and that of other altcoins tend to move in the same direction as Bitcoin. In fact, the main reason why the ZIL price has staged a strong recovery is that Bitcoin has jumped by more than $16,000 in the past few weeks.

The four-hour chart shows several things. First, the Zilliqa price has been in a strong bullish trend in the past few weeks. Second, the coin managed to move above the key resistance at $0.08975, which was the highest level on June 30. Further, the coin has moved above the triangle pattern and the 25-day and 50-day moving averages.

Therefore, the ZIL price will likely keep the momentum going on as investors target the next psychological level at $0.15, which is about 45% above the current level. This will likely happen in the next few weeks. On the flip side, a drop below $0.08975 will invalidate this view. 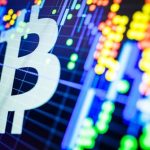