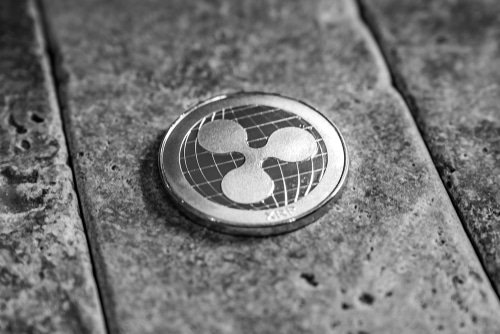 XRP price continues to trade in a sideways market as it awaits the decision of the case against the SEC. Today, it is down by less than a percentage point, with intraday data on lower time frames showing a high likelihood of continued drop throughout the day.

Ripple has partnered with Al Baraka Islamic Bank and SADAD, a Ripple-enabled platform, to expand its presence in the Middle East and North Africa region. The partnership aims to enhance Al Baraka Bank’s digital customer experience and will involve the use of SADAD’s services, including payment acceptance and processing. It is unclear whether this partnership will involve the use of Ripple’s On-Demand Liquidity (ODL) product, but if it does, it could potentially benefit Ripple’s XRP token.

Meanwhile, rumors are swirling that the lawsuit brought by the US Securities and Exchange Commission (SEC) against Ripple could end as soon as next week. The SEC sued Ripple in December 2020 for allegedly raising $1.3 billion by selling XRP in unregistered securities trades.

Ripple has maintained that its XRP sales did not meet the standards of the Howey Test, which is used to determine whether something is a security. The outcome of the lawsuit is expected to have significant implications for the cryptocurrency sector. Both parties have filed motions for summary judgment in an attempt to avoid going to trial.

Ripple and the SEC have both filed their final replies in support of their respective motions for summary judgment. Ripple has asserted that the SEC has failed to prove the existence of any investment contracts governing the defendants’ offers and sales of XRP between 2013 and 2020.

It has also said that both its founders are entitled to summary judgment on their decision to sell on foreign exchanges and added that the SEC could not provide any material fact to the contrary. The outcome of the case is highly anticipated and is expected to have significant implications for the cryptocurrency industry.

Based on the above fundamental analysis, there are two perspectives that can help us forecast where XRP price will be trading in the coming sessions. From a positive standpoint, the partnership between Ripple, Al Baraka Islamic Bank, and SADAD suggests that Ripple is expanding its presence in a key region and is potentially gaining traction among financial institutions. This could be seen as a positive development for the company and could potentially drive demand for its XRP token.

On the other hand, the ongoing lawsuit with the SEC could be seen as a negative factor. The outcome of the case is highly anticipated and could potentially have significant implications for the cryptocurrency industry. If the SEC were to win the case, it could potentially hurt Ripple’s reputation and impact the demand for its XRP token.

Overall, without the SEC ruling, it is difficult to know for sure how XRP will perform in the coming months. However, for now, I expect it to continue trading in a horizontal market for the next few trading sessions. It is also highly likely that we might see it dropping below the $0.30 price level before the year end.