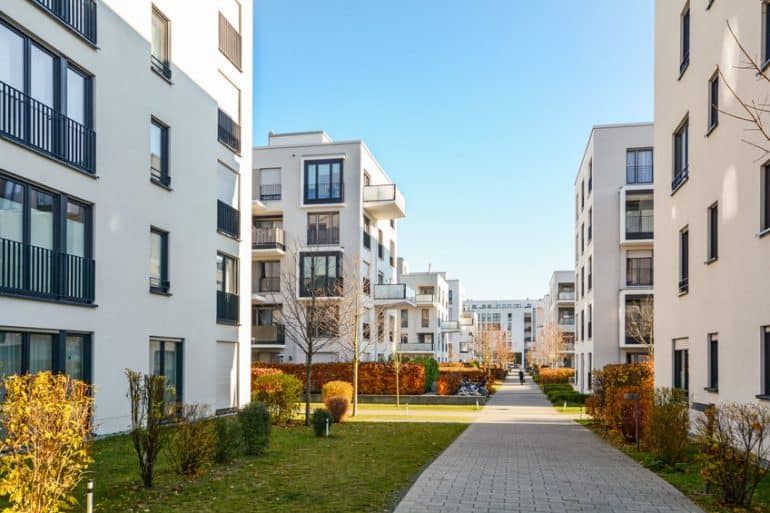 Modern apartment buildings in a green residential area in the city

UK housebuilder stocks have underperformed the market even as the sector continues to see elevated demand. For example, the Taylor Wimpey share price has crashed to 119p from last year’s high of 182p. That is a 34% decline. Other firms in the sector like Persimmon and Barratt Developments have also crashed and are hovering near their lowest levels since 2020.

Why has TW stock plummeted?

Taylor Wimpey is one of the biggest housebuilders in the UK. It builds and sells thousands of houses every year. In its most recent trading statement, the firm said it had an order book of over 2.9 billion pounds, up from the previous year’s 2.8 billion pounds. This order book represents about 10,957 homes. At the same time, the company has one of the biggest landbank’s in the UK. It has about 87k lots of land, while its strategic land pipeline is about 145k plots.

Taylor Wimpey has also used some of its funds to pay dividends and buy back its stock. In the most recent results, the firm said that it would give dividends of about 4.4p per share. This is in line with the firm’s policy to return 7.5% of net assets to shareholders. It is also using Credit Suisse to implement a share repurchase program.

The Taylor Wimpey share price has plummeted as investors focus on the rising interest rates and the fact that the property market is slowing. The company is also suffering from ongoing inflation, affecting its margins. Talking about interest rates, the CEO said this during the company’s trading statement. “Whilst interest rates have risen, they remain at historically low levels and, with good availability of competitively priced mortgages, we are experiencing strong levels of customer interest.”

This sends a signal that bears are prevailing even as the Stochastic Oscillator has moved to the oversold level. Therefore, the stock will likely keep falling as sellers target the next key support at 110p.