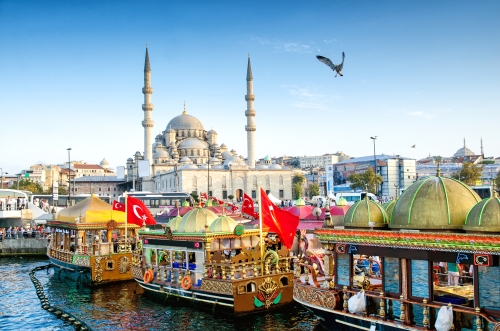 USDTRY set for a breakout after a consolidation phase that lasted over a month. The central bank of Turkey managed to keep the Turkish lira steady in a period the USD was under selling pressure across the board. Traders estimate that the central bank spent over 60 billion this year to stabilize the currency. CBRT cut the interest rate down to 8.25%, and that was the ninth consecutive meeting that the bank cut the rates the last 12 months.

Now real interest rates are at -4.35% when adjusted for inflation as the annual CPI rate stands around 12.6%, making it of the lowest levels in the world.

On the other side of the equation, the greenback is under pressure the last weeks against its main rivals as the rising number of new coronavirus infections threatens the recent economic recovery. The U.S. international trade deficit dropped by $4.6 billion to $70.6 billion in June. The Exports of goods were $102.6 billion, above than May exports. The Imports of goods for June were $173.2 billion, also above May imports.

Yesterday, The Conference Board’s Consumer Confidence Index registered in at to 92.6 in July from 98.3 in June, below the analyst’s estimates of 94.5. The Consumer Expectations Index also dropped to 91.5 from 106.1.

USDTRY is 0.64% higher at 6.9836, hitting the highest level since May 13 as the breakout from the recent consolidation phase around the 50-day moving average continues for the third straight day.

On the other hand, bears will face the first support at 6.9396 today’s low. The next support stands at 6.8681 the low from yesterday’s session. The 50-day moving average is the next important support at 6.8336.