EUR/CHF Must Break 1.1118 to Resume the Uptrend – Credit Suisse

Credit Suisse’s analysts are maintaining a bullish outlook on the EUR/CHF, as they indicate that the pair is seen trading...
Read More

The USDCHF continues to trade higher on Monday as commentary by key officials of the Swiss National Bank put the...
Read More

USDCHF gains as SNB's Thomas Jordan opens the door for possible cuts in interest rates in the future.
Read More

The Swiss Franc, which was put under pressure by the SNB Chair’s comments earlier in the week, saw itself under...
Read More

The SNB Chair is talking about interventions on the Swiss Franc. Sign up to find out more about what he said and the implications for the USDCHF.
Read More

According to the latest CFTC Positioning Report, speculators have reduced their net short positions on the US Dollar. Net shorts...
Read More
ForexMarket Brief
·Mar 14, 2020, 12:00 GMT

This week’s headlines were filled with news surrounding the coronavirus pandemic. We could see more variety in the week ahead...
Read More

Sign up to find out why the USDCHF is gaining slightly today.
Read More 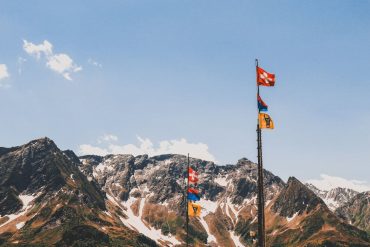 The USDCHF is down 0.48% on the day after risk-off sentiment took hold of the financial markets on Wednesday. However,...
Read More
Load More