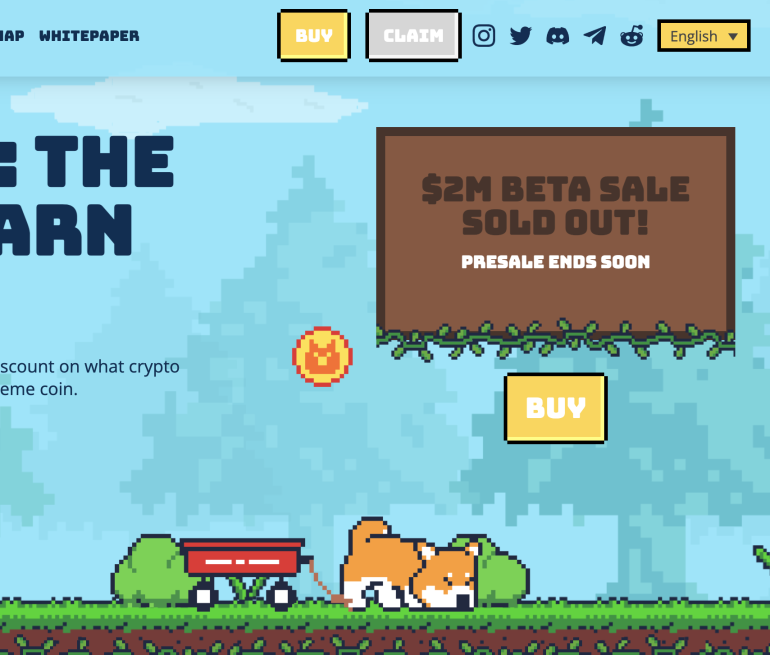 Cryptocurrency prices drifted downwards on Monday morning as investors refocused on what could be the most important week for December. Tamadoge price slipped by more than 6% and crashed to the lowest level since December 9. The meme coin has already collapsed by over 63% from its all-time high, giving it a market cap of over $21 million.

Tamadoge is a relatively new meme coin that was launched earlier this year. Its launch came with a bang as investors extended over $15 million in a presale, making it one of the top coins this year. At the time, the developers wanted to make it more popular than other meme coins like Dogecoin, Shiba Inu, and Dogelon Mars.

Tamadoge has had mixed success since then. The biggest success was the launch of Tamadoge NFT collection, which can be bought in OpenSea. Its rare NFTs are a set of 1,000 NFTs while its ultra-rare are made up of 100 items. Shortly after launch in October, the ultra rare NFTs soared to the top of OpenSea list.

Recently, however, the momentum has died down because of the ongoing collapse of the crypto market. Volume of both Tamadoge NFTs and TAMA daily volume has crashed.

The most recent Tamadoge news is that the developers revealed that they were working on the Tamadoge Arcade game. In a tweet, the team announced that the upcoming free-to-earn game will have four arcade games that people can play and win.

It is unclear how successful the game will be. In the past few months, we have seen the volume of gamers in play-to-earn projects like Sandbox and Decentraland crash to their all-time low.

The other key catalyst for the TAMA price will be the upcoming US inflation data scheduled for Tuesday. Economists expect that the country’s inflation dropped slightly in November. Gasoline prices have dropped to the lowest level in a month while supply chain pressures have eased.

The meeting will be followed by the upcoming Federal Reserve monetary policy meeting on Wednesday. Economists believe that the Fed will decide to hike interest rates by 0.50% after hiking by 0.75% in the past four meetings straight.

TAMA price continued its bearish trend on Monday morning as crypto prices slipped. It remains below the descending trendline shown in black and the 25-day moving average. At the same time, the MACD has moved below the neutral level while the awesome oscillator has been in the red.

Therefore, the outlook for the coin is to the downside with the next key support level to watch being at $0.0100. A move above the resistance at $0.017 will invalidate the bearish view.