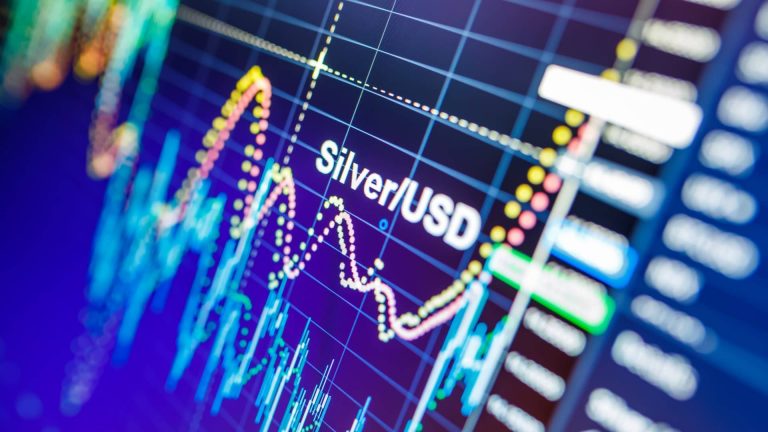 The lack of enough buying pressure has maintained silver price below the resistance level of 24 even after the lower-than-expected US inflation data. According to the US Bureau of Labor Statistics, retail sales dropped by 1.1% in July MoM after rising by 0.7% in the previous month.

Even with the released inflation data, the dollar index is trading higher thus weighing on silver price. Delta-triggered concerns have heightened the US dollar’s safe-haven appeal. Investors are now keen on Fed Chair’s speech later in the day.

The crucial resistance level of 24.00 remains an evasive one for silver price even after the lower-than-expected US retail sales. At the time of writing, the precious metal was up by 0.04% at 23.85. In the previous week, it dropped below the psychological level to its lowest level YTD at 22.10.

While it has since rebounded, the bulls have lacked enough momentum to retest 24.00. In Tuesday’s session, it has been trading sideways with an intraday high of 23.96. Interestingly, it is still consolidating below 24.00 despite the July’s US retail sales missing experts’ estimates.

On a three-hour chart, it is trading along the 50-day EMA and slightly above the 50-day EMA. In the near term, 24.00 is likely to remain an evasive level for the bulls. The precious metal will probably trade within a tight range of between 23.96 and 23.50.

Below that support level, the bears may retest the psychological level of 23.00. However, this thesis will be invalidated by a move above 24.00.