Silver Price Prediction: After Reclaiming Crucial Level, What Next? 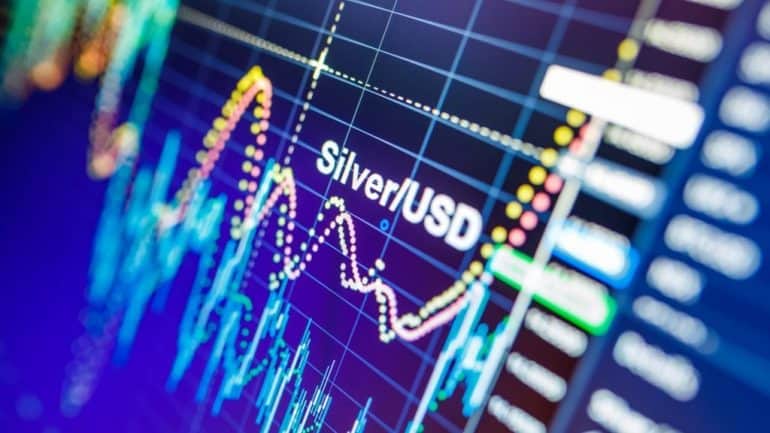 Silver price has bounced off Wednesday’s low, which it hit as a reaction to the hawkish Fed interest rate decision. Based on the current movements, the market appears to have already priced in a hawkish Fed. Besides, the reaction to the US central bank’s decision will be more apparent upon the release of the BoE and ECB later on Thursday. The reaction of the US dollar to these events will likely trigger an inverse move in silver.

The precious metal has reclaimed the crucial level of 22.00 after falling below it in the previous session. The decline was a kneejerk reaction to the Fed’s hawkish tone. As a result, silver price hit its lowest level since late September at 21.43.

At the time of writing, it was up by 0.22% at 22.14. On a four-hour chart, it is trading slightly above the 25-day EMA and below the 50-day EMA. Besides, it has since gotten out of the oversold territory, which it reached on Wednesday with an RSI of 29.

I hold a bullish bias, even as I expect silver price to remain under pressure in the short term. From that perspective, the range between the support level of 21.80 and the 50-day EMA at 22.25 will be a crucial one.

If the bulls manage to break past the range’s upper border, December’s resistance zone of 22.60 will be one to look out for. On the flip side, a move below the lower border will likely place the support level at 21.50.