REVU To Be Simultaneously Listed On KuCoin and Gate.io This Week 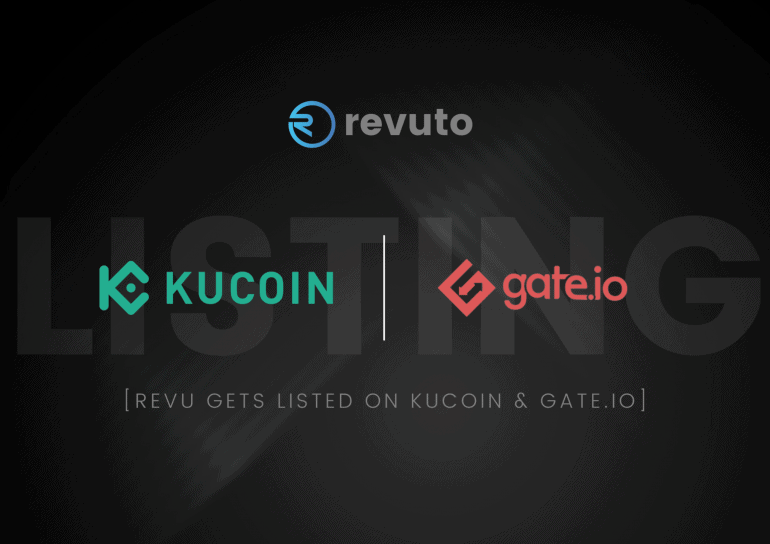 Traders on two of the most popular centralized cryptocurrency exchanges will have a new option this week in the shape of a Cardano-based asset that boasts real utility.

That’s because Revuto’s REVU is set to list on the popular KuCoin and Gate.io exchanges in the coming days. The simultaneous listing marks REVU’s debut in big-time crypto trading and follows the successful launch of Revuto’s game-changing subscription management app late last year.

Revuto says REVU is the first Cardano native token to list on tier 1 centralized exchanges, a significant milestone in the wake of the first ICO on Cardano.

It’s hoped that there will be a significant demand for REVU from investors because the token plays a crucial role in the Revuto ecosystem, which aims to transform a rapidly growing subscription economy through active management. The idea is that users can manage all of their subscriptions for various products and services in a single place.

The idea has merit because businesses can be a bit sneaky, leveraging human behaviour biases to make unsubscribing from their services as complex as possible. The convoluted process of cancelling a subscription means that many tend to put off doing so and end up inadvertently paying for services they no longer use. Revuto believes there’s a clear need for a service to protect people from this practice.

That’s exactly what the Revuto app does, notifying users each time a payment is due and giving them a simple choice of approving, blocking or snoozing each charge as and when it occurs. All the user has to do is tap “Block”, and they’ll never be charged for a service they no longer use, ever again.

However, there are many other elements to Revuto, with DeFi capabilities that let users stake their tokens or provide liquidity to earn rewards. Users can also save money on their subscription fees simply by paying them in REVU. For anyone who’s amassed dozens of subscriptions.

With the app rapidly growing its user base over the last four months, Revuto CEO and co-founder Vedran Vukman believes the time is right for REVU to get greater exposure.

We are proud to make history again with REVU; after being the first ICO, publishing the first Cardano lite wallet and breaking records with our growth, we are now the first to list on tier 1 CEXs, KuCoin and Gate.io.”

KuCoin and Gate.io will accept deposits of REVU starting January 6, with the coin scheduled to make its official trading debut on January 7 2022.