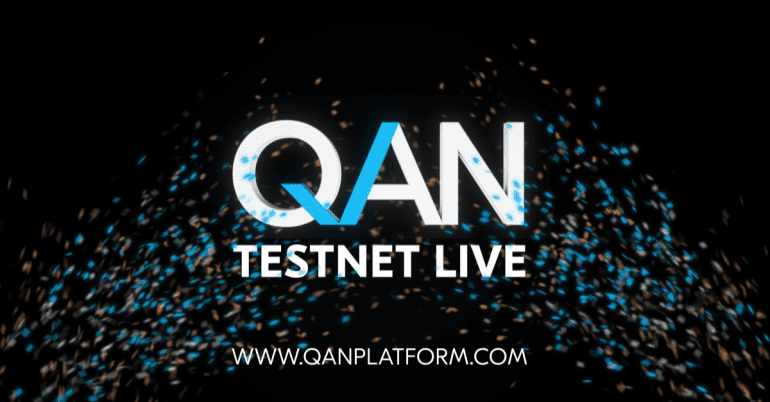 QANplatform, a quantum-resistant Layer 1 blockchain platform, has launched its TestNet. The platform becomes the first in the world to create a quantum-compatible blockchain. The development allows users to add the QAN TestNet to MetaMask. By building the platform on the QAN blockchain it will be compatible with Ethereum, and therefore a majority of blockchain products. In addition, users will be able to transact with testnet tokens on the quantum-resistant QAN TestNet.

Why the platform matters

With many governments and technology companies investing massive resources in quantum computing, blockchain technology may soon become vulnerable to attacks. In essence, QANplatform has raised the bar by creating a product that safeguards against such an occurrence. Therefore, as other platforms stare at the imminent disruption by quantum computing, QANplatform already has a safety net.

Other capabilities that will come with the testnet include building quantum-resistant smart contracts, tokens, DeFi products, and own metaverses. Other products include DAO, NFTs and other Web3 solutions. Based on the platform’s capabilities, creators won’t have to worry about the programming language to use.

While commenting on the milestone, Johann Polecsak, Co-Founder and CTO of QANplatform expressed his delight at QANplatform being the pioneer in creating a blockchain earning model. He expressed his confidence that smart contract authors will get greater incentives to churn out even better products.

The TestNet release is a truly defining milestone in QAN’s lifespan and proof that providing quantum security yet remaining compatible with 99% of the ecosystem is very much possible.”

By creating a platform that supports practically all known programming languages, QANplatform targets to spearhead the mass adoption of blockchain technology. In addition, it is also likely to enhance creativity and promote the creation of new products. Notably, there will also be support for all major cloud-based programing languages.

With the QAN TestNet release, QANplatform has given the world its first quantum-resistant blockchain, compatible with Ethereum. In addition, QANplatform has created a one-of-a-kind reward system for developers.