Neo to Provide Bridge to China as the Nation Approves NFTs 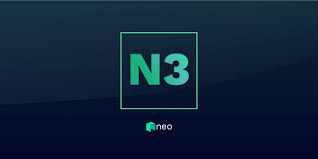 The NFT world has received good news following China’s decision to allow trading in the assets. However, there is a rider to it. China is open to the NFT market as long as it runs on the BSN Open Permissioned Blockchain (OPB).

The permissioned blockchain, dubbed  Jiuquan chain, will be one of the ten blockchains approved for the Chinese blockchain ecosystem. However, Jiuquan does not have a native token. Therefore, China’s yuan will be the medium of exchange for all the blockchain protocols on the BSN mainnet in the country. Neo will power the system.

To differentiate between its NFTs and those in the rest of the world, China has renamed them Decentralized Digital Certificates (DDCs). According to Yifan He, CEO of Red Date Technology and the Executive Director of BSN Development Association, the biggest market for DDCs lies in certificate account management of all types. He added that DDCs offered better proof of ownership as far as digital certification is concerned. “We anticipate billions of DDC’s issued annually in China in the future,” he stated.

The decision to rename NFTs is due to the desire to portray them for what they are. Essentially, DDCs, have a broader description for NFTs, which goes beyond the “usual” description covering videos, images and other graphics.

The Blockchain-based Service Network (BSN) ecosystem is China’s way of providing a regulated but diversified platform for various blockchain protocols. BSN is a cheaper and regulated cross-portal, cross-protocol, cross-cloud, and cross-framework public infrastructure. It supports the deployment of various blockchain functionalities such as dApps, smart contracts.

While Neo will power the Jiuquan chain, the chain will not be built on N3. On the contrary, it will operate as a separate blockchain. All of China’s approved blockchains can connect to BSN, but users must transact in fiat currency.

Neo is a community-centric decentralized blockchain platform. It is open-source and has powerful features for developing dApps and managing digital assets. By participating in the Chinese market, Neo hopes to bridge the rest of the world and the Chinese digital market.