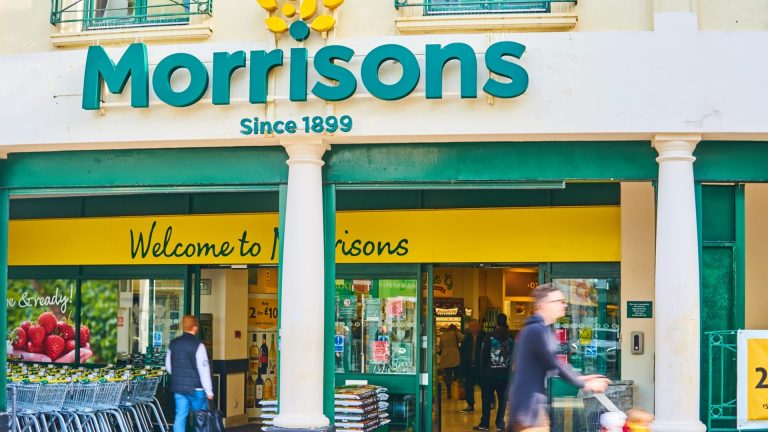 Softbank-owned Fortress Investment Group appeared to be the frontrunner to take over the Morrison’s chain before a rival consortium stepped up with a higher bid to emerge as the frontrunner in the buyout race.

On Tuesday, Clayton Dubilier & Rice announced it had reached a settlement with the company’s pension trustees to provide additional support to the pension schemes ahead of the vote by shareholders to ratify its preferred bid to buy out the supermarket chain. CD&R placed a higher bid ahead of the Fortress Investment Group in a bidding war that could go down to the wire. Shareholders are to vote on the preferred bidder in October.

There is also the potential for a corrective decline, considering the steepness of the price advance. In that case, we can expect the Morrison share price to test the 270.2 support initially (28 August 2018 “head”) before the 257.3 (left shoulder) and 249.9 price pivots become visible for the bears.