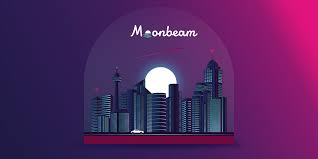 Moonbeam (GLMR), the winner of Polkadot’s second parachain auction, has launched successfully on the Polkadot network. The move makes it the first fully-operational parachain in the Polkadot ecosystem.

With Moonbeam now live on Polkadot, it intends to bring several new integrations, activities, and users to boost the Polkadot ecosystem. Ultimately, these will contribute to the growth of the network. GLMR token holders can stake with collectors, claim crowdloan rewards. Additionally, they can serve as active network members by participating in the on-chain governance system.

Based on the success of its sister parachain, Moonriver, on Kusama, the Moonbeam team hopes to replicate the results on Polkadot. Ultimately, Moonbeam hopes to prop up the usage of Polkadot significantly. The launch paves the way for the launch of 80 projects already on the platform.

Users can now connect Moonbeam to MetaMask, to use their transferable GLMR tokens. Building natively interoperable applications is now very fast and easy. In addition, developers can now deploy DApp frontends and existing Solidity Smart contracts with minimal changes to Moonbeam on Polkadot.

The journey to the launch

Following block production and decentralization implementation, the Moonbeam team undertook a careful verification of the system. The verification confirmed that the system was running smoothly. The Moonbeam launch process gradually introduced new functionalities over three weeks, beginning on December 17.

The next step was removing its superuser key, christened “Sudo” and enabling of EVM and balance transfers. The balance transfer will allow users to stake. Consequently, they will be able to start claiming rewards from the crowd loan. Following the improvements, Moonbeam’s active set of collators rose to 48.

Moonbeam (GLMR), is a Polkadot-powered, smart contracts and decentralized applications development platform. It is designed to enable anyone to build natively interoperable blockchain solutions. It is also compatible with Ethereum.

Moonbeam made headlines in December 2021 after raising nearly $950 million for a parachain slot on the Polkadot network. Beyond the sizable sum of money, the crowdfunding campaign broke the record on Polkadot for the project with the highest number of funders. About 200,000 people participated in the funding round, which raised 35 million DOT.