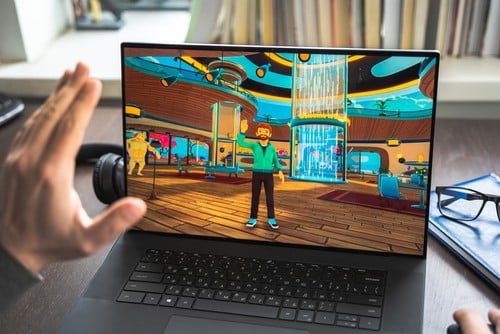 The MANA price has been in an unhinged meltdown in the past few months. The price of Decentraland’s token is currently at $2.32, which is substantially lower than its all-time high of over $6. Its total market capitalization has dropped to about $3.48 billion, making it the 35th biggest coin in the world. Other gaming and metaverse coins like GALA, AXS, and SAND have all retreated.

One of the main themes in the blockchain industry has been the metaverse. This is an industry that seeks to change how people interact with one another in the internet. Decentraland has become one of the best-known platforms when it comes to the metaverse. Its platform enables people to play games and host events in this virtual platform.

It is also a leading player in the non-fungible token (NFT) industry since it allows people to buy avatars, plots, and estates in the platform. Indeed, the platform is so successful that people have spent millions of dollars buying these items.

However, there have been key challenges in the past few months as the MANA price has crashed. A closer look at on-chain data show that the number of people using Decentraland’s ecosystem has pulled back. As you can see in the chart below, the volume of Decentraland NFT sales has been in a downward trend.

Why has MANA fallen?

There are numerous reasons why the Decentraland price has dropped in the past few months. First, there are fears about the Federal Reserve. In November, the Fed started tapering its asset purchases in a bid to slow inflation. It has now signaled that it will end QE in its March meeting and start a hiking cycle. While it has hinted towards three rate hikes, some analysts predict as much as 7 rate hikes this year.

Therefore, there are concerns about whether NFTs and virtual land sold in Decentraland and other metaverse projects will maintain their value. Historically, risky assets tend to underperform when the Fed is hiking interest rates. Second, MANA price has fallen considering that the level of participation in the ecosystem has leveled-off lately.

This has happened as more people go back to work. Also, the fact that many people have lost money in crypto recently has played a role. Third, the ongoing geopolitical tensions have helped drag MANA and other assets like stocks. Indeed, the Dow Jones has dropped by over 800 points while the Nasdaq has erased 400 points after Putin attacked Ukraine.

The four-hour chart shows that the Decentraland price has been in a major downward trend lately. This sell-off accelerated when the coin moved below the key support at $2.72, which was the lowest level on Valentine’s Day. The price was also the chin of a double-top pattern that formed a few weeks ago.

Along the way, the coin has moved below the 25-day and 50-day moving averages while the MACD has fallen to the lowest level since January. Therefore, the path of the least resistance for the coin is lower with the next key support level being at $2. The invalidation point of this forecast is at $2.72.