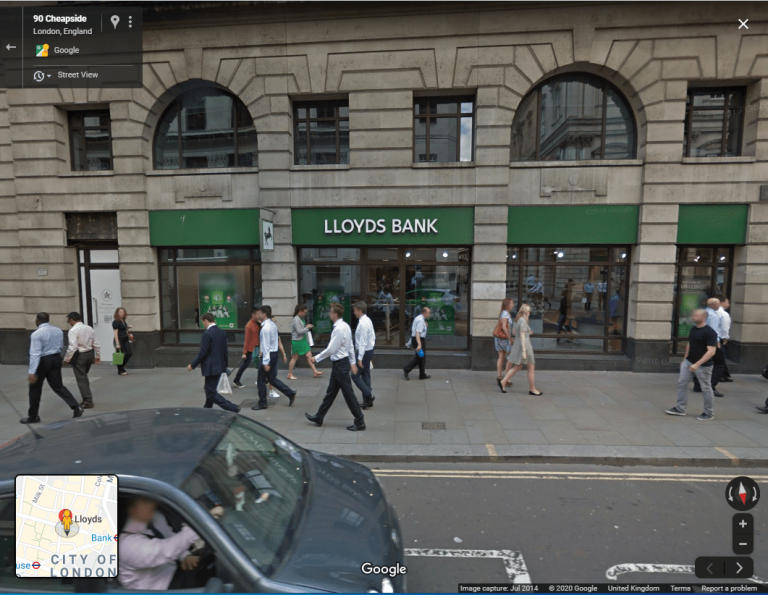 Lloyds share price is in trouble. The shares are trading at 30.73p, which is lower than the June high of 38.05 high. It is among the worst-performers in the FTSE 100. They are also down by more than 52% this year. This performance is weaker than the RBS, Barclays, and HSBC share prices that have fallen by 50%, 38%, and 36% respectively. So, is Lloyds stock price a buy at these levels?

For starters, Lloyds is among the biggest banks in the United Kingdom. It competes with other banks, including Barclays, HSBC, and RBS. There are two main facts that separate the bank with other larger banks. First, unlike Barclays and HSBC, Lloyds does not have a lot of exposure in the trading business (FICC). In FICC, these banks trade fixed income, currencies, and commodities, which tends to be a good cash earner during times of increased volatility.

Second, Lloyds does not have a lot of overseas exposure. Therefore, its revenue and growth tends to depend on the UK economy. Other banks have a substantial business abroad. For example, while HSBC is a big bank in the UK, more than two-thirds of its revenue comes from Hong Kong. Barclays, on the other hand, has a big Barclaycard business in the UK but it also have a lot of exposure internationally. It is well-known as a big issuer of debt.

Therefore, this explains why Lloyds stock price has lagged other banks. The same is true with RBS, which is relatively similar with Lloyds.

The performance will depend on several things. First, investors will be watching the second quarter update that will come out on July 30th. This update will tell us how the firm performed in a quarter when most people were staying at home. Most importantly, we will be watching the provisions. In the first quarter, it made a profit before tax of £404 million. That was lower than the first quarter of 2019, when the bank made £1.42 billion. That was mostly because of provisions, which was more than £1.3 billion. I expect that the firm will take more charges because of the weak economy.

Lloyds share price will also depend on stimulus, Brexit, and the actions of the new CEO.